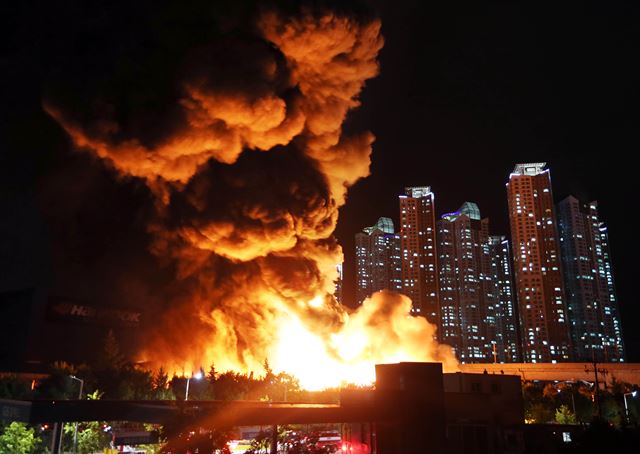 DAEJEON, July 1 (Korea Bizwire) — The Korea Research Institute of Standards and Science announced on Wednesday that it had developed an intelligent fire detector that can signal a fire within 10 seconds of ignition.

The detector can accurately sense even a small flame with a size of 3 centimeters, and sound an alarm or send an alert message through a smartphone app.

Since it can check the location coordinates of the flame, it can automatically extinguish the flame if it is connected to extinguishing equipment.

Existing fire detectors can detect the second stage of the fire, roughly one minute after ignition, therefore limiting the chances that the fire is extinguished quickly and people can escape.

The newly-developed intelligent fire detector has an error alarm rate of less than 3 percent, far lower than the 34 to 50 percent typical among existing fume and heat detectors.

In addition, by using artificial intelligence (AI) technology and an infrared ray thermal graphic camera, the new fire detector can recognize people and flames at the same time, and is therefore able to discern whether the flame is being used by a person or one that could cause a fire.