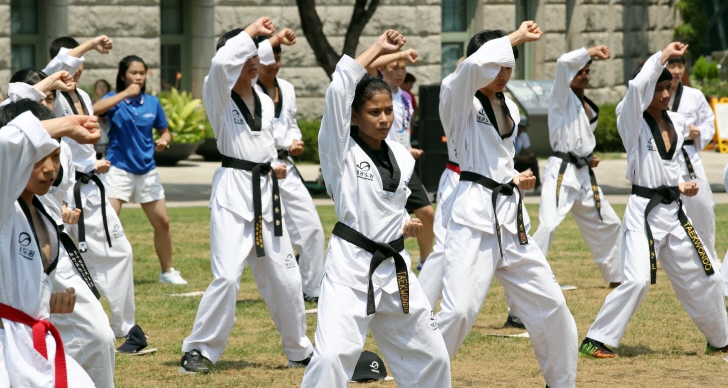 SEOUL, Aug. 2 (Korea Bizwire) — Even the intense heat could not stop trainees who flew in from around the world from participating in the 2018 World Youth Taekwondo Camp being held in South Korea since July 27.

A total of 130 participants from 14 countries including Germany, Belgium, Singapore, China, India, and Hong Kong put on a performance that mixed K-pop and taekwondo moves before moving on to a board-breaking demonstration at Seoul Plaza yesterday.

Because of the heat, organizers considered calling off the event, but the young taekwondo trainees were eager to show off their moves.

However, due to the heat, the entire demonstration was shortened to 30 minutes from the previously scheduled 1 hour.

Participants of the taekwondo camp will be returning back to their home countries on August 2. 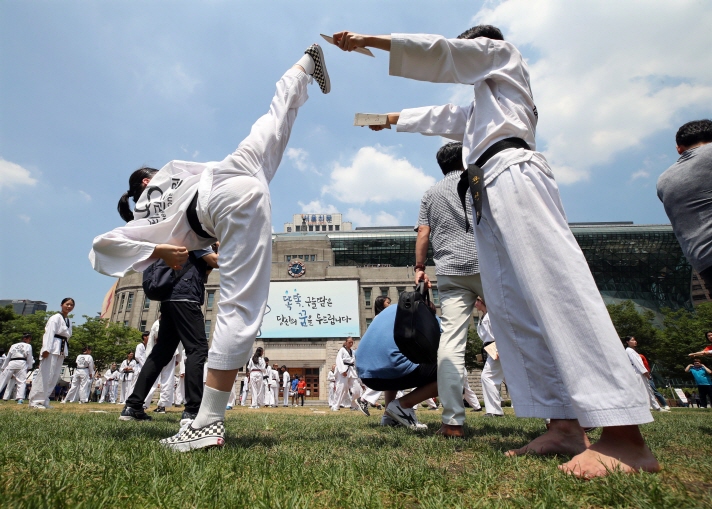