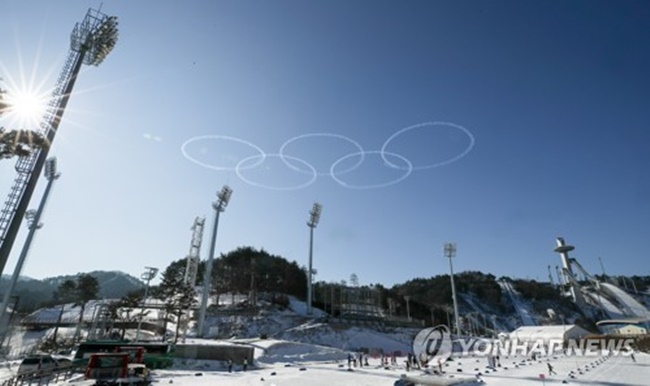 Budgett praised the workforce for doping controls here, saying there’s a “wonderful mixture” of international experts and those from the Korea Anti-Doping Agency (KADA). (Image: Yonhap)

Budgett praised the workforce for doping controls here, saying there’s a “wonderful mixture” of international experts and those from the Korea Anti-Doping Agency (KADA).

At the PyeongChang Games, local organizers have developed a test distribution plan (TDP) and will provide doping control officers. The plan will be reviewed by the Doping-Free Sport Unit (DFSU) of the Global Association of International Sports Federations (GAISF).

“The IOC is no longer in charge of the TDP,” he said. “The decision of who to test when and where is now with GAISF. And there’s DFSU, which is part of the GAISF. They’re here, and they’re overseeing the protocol of the organizing committee’s doping control functionary area.”

To have a clean games, Budgett said more than 16,000 tests already have been conducted since April 1 to safeguard the first Winter Games in South Korea, work done by the Pre-Games Anti-Doping Taskforce. If focused on the top 20 athletes in the individual sports and teams that likely will be at the games.

“The pre-games testing taskforce is really important for us because we had it before Rio, but there wasn’t so much time before Rio to do it,” he said, adding that it aims to optimize the tests leading up to the games.

“The work of the pre-games testing task force is now officially finished,” he said. “But the DFSU, they were the secretariat. They’ve been looking at all the athletes. They know exactly whose been tested and how much. So that works very nicely to decide who to test when and where at the games.”

Budgett, a former Olympic rowing gold medalist for Britain in 1984, said at the PyeongChang Games, he expects there to be some 2,500 tests, with some 1,400 out-of-competition tests. He added that figures are similar to that of Sochi 2014.

“There was a little watershed in everyone’s feeling,” he said. “It’s not just about doing more and more and more, but it’s about making it as high quality as possible.”

Following the recommendations of the World Anti-Doping Agency (WADA), Budgett said local organizers will use the same sample kits that were used for Rio 2016, developed by Swiss manufacturer Berlinger.

Budgett said the new Independent Testing Authority (ITA) will be fully operative to management of the anti-doping systems after the PyeongChang Games.

“ITA is being created, but it’s not instituted legally,” he said. “In the future, yes, we’ll be using the ITA. Very soon after the PyeongChangGames, ITA will start.”