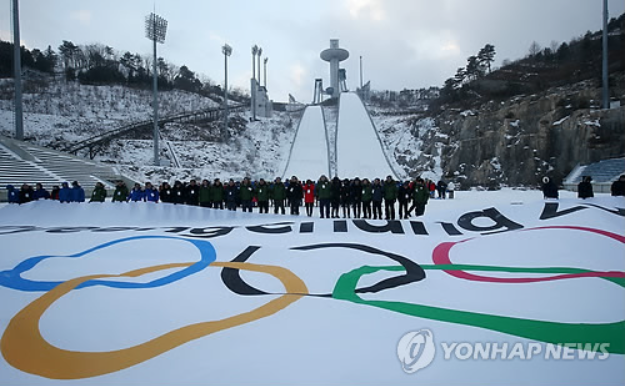 SEOUL, July 24 (Korea Bizwire) – The International Olympic Committee (IOC) announced Friday it concluded “a very good” review of PyeongChang’s preparations for the 2018 Winter Games, saying the South Korean host has its focus on the right places.

According to PyeongChang’s organizing committee, the IOC officials were briefed on facilities, governance, workforce, marketing and technology, and also visited venues.

“We could see that the organizing committee, under Chairman Cho Yang-ho’s leadership, is fully focused on its first test events, as it transitions from being a planning organization to one that must deliver operationally,” Lindberg was quoted as saying at the conclusion of the review.

“We also visited the Bokwang and Jeongseon venues (near PyeongChang), where next year’s test events will be held, as well as the Alpensia Sliding Centre. The quality of the construction work at all three sports venues underlined Korea’s well-deserved reputation in this field.”

The organizing committee said it presented communications and engagement initiatives to the IOC and added, “These proposals would certainly allow the 2018 Olympic Winter Games to further engage with the Korean population and help to promote the Games around the world.”

Cho said the talks with the IOC were “very productive” and that he was pleased with “good progress” in the buildup to the Olympics.

“Now we are making utmost efforts and working closely with the international federations to successfully deliver the first test events, which are only six months away,” Cho said. “I appreciate the continued support of Gunilla Lindberg and the IOC, and will move ahead to reach operational readiness, as well as increase our communication with the local and international audience.”

PyeongChang will also have presentations on its preparations during the IOC Executive Board Meeting and Session next week in Kuala Lumpur, Malaysia. The next Coordination Commission visit to PyeongChang will be in September.