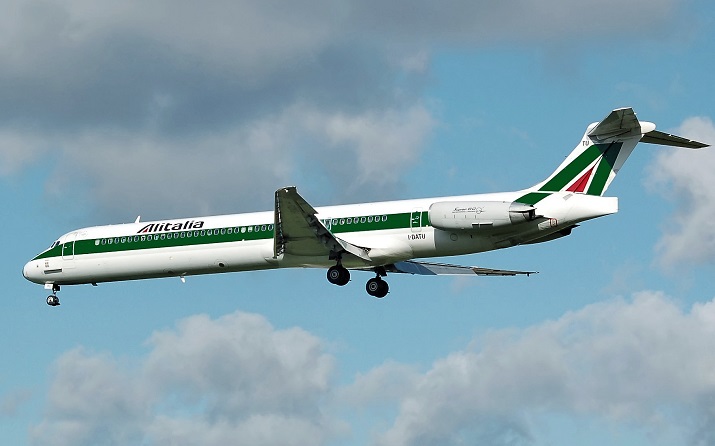 ROME and BRUSSELS, Belgium, July 15 (Korea Bizwire) — ITA (Italia Trasporto Aereo) will be operational from October the 15th, flying a fleet of 52 aircraft that will grow to 105 by the end of 2025, as envisaged in the 2021-2025 business plan approved by the Board of Directors of the newly established company destined to take over from Alitalia. The plan also provides for the ‘discontinuity’ requested by the European Commission during negotiations with the Italian Government over the past few months. ITA will be able to acquire, through direct negotiation with Alitalia, the assets to manage the flight sector, the so-called ‘aviation’ branch. The Alitalia brand will be sold through a public tender, issued and managed by Alitalia, in which ITA itself will participate, as it believes that the brand is an essential element for the plan. ‘Ground Handling’ and ‘Maintenance’ activities will also be contracted through a public tender.

ITA will initially operate with a fleet of 52 aircraft. By 2022, it will grow to 78 aircraft and, from 2022 onwards, new-generation aircraft will be gradually added to the fleet. By the end of 2025, the number of aircraft will rise to 105. Over the plan period, ITA plans to rely on a single strategic partner for aircraft, and discussions are underway with the main partners. All employees will be hired under a new employment contract. The ‘Aviation’ branch is expected to employ 2.750-2.950 people, rising to 5.550-5.700 by 2025. In the event that ITA is awarded contracts for the ‘Ground Handling’ and ‘Maintenance’ activities, 2.650-2.700 and 1.100-1.250 staff are expected to be employed respectively.

ITA’s plan has been approved, forecasting a turnover that will reach  3.329 million euros in 2025, with an economic result of 209 million euros and an operational break-even to be reached by third quarter 2023.

At first, the airline will fly to 45 destinations with 61 routes, growing to 74 destinations and 89 routes by 2025. As for long-haul routes, ITA will initially provide connections to New York, Tokyo, Boston and Miami, but new routes to São Paulo, Buenos Aires, Washington and Los Angeles are expected to be added in the summer 2022. From Fiumicino (Rome) and Linate (Milan) airports there will be connections to the main EU destinations. During the shareholders’ meeting scheduled for July, it will be decided on an initial capital increase of 700 million euros.

ITA’s executive chairman Alfredo Altavilla stated: “The approval of ITA’s business plan by the European Commission and the confirmation of compliance with the MEOP, which certifies the soundness of the project in terms of private investment by the public shareholder, is an important result that paves the way for the launch of ITA. Now, within 90 days, we should complete the transition leading to the take-off of the first aircraft on 15 October. I would like to express my heartfelt thanks to the Italian Government and our representatives in Brussels for the teamwork that made it possible to achieve this important result after months of negotiations, and which we trust will continue in the months to come”.

The CEO and managing director of ITA, Fabio Lazzerini, said: “I am particularly satisfied with the acknowledgement of the industrial and financial solidity underlying the approval of the Plan. A plan which, starting from the customer and its needs, will place ITA among the best companies in Europe in terms of economic, social and environmental sustainability, while guaranteeing connectivity to businesses, tourists and citizens. I would like to express my sincere thanks to the ITA team for the enthusiastic and total commitment with which they have worked during these challenging months, and to the institutions and stakeholders in the sector (ENAC, ENAV, the airport system) for the openness and trust they are showing us. Now we face the great challenge of launching a successful airline in three months. A challenge to which we will devote all our energy.”