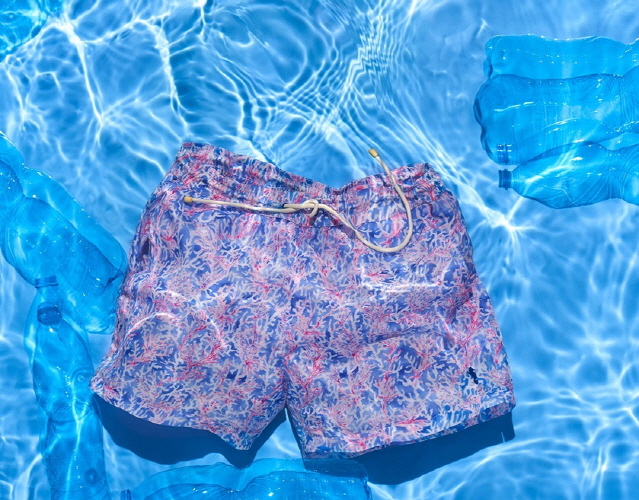 MILAN, ITALY, May 19 (Korea Bizwire) – KAMPOS, an  startup company, today announced the launch of a socially-responsible, environmentally friendly line of products and accessories to celebrate the history and beauty of the Mediterranean Sea. Founded by entrepreneur Alessandro Vergano, KAMPOS’ corporate vision is to “offer luxury products with a conscience, now and for generations to come.” All products are made of recycled plastic bottles, abandoned “ghost” fishing nets, or other recycled nylon and/or organic fabrics. Every product and accessory detail have been studied and designed to be sustainable. KAMPOS’ products are recycled AND are recyclable after use.

“Fashion companies have a tremendous platform from which to reach consumers in a positive manner, but few have embraced social issues as part of their business model,” said Vergano, KAMPOS’ co-founder and chief executive officer. “KAMPOS is different in that sustainability is at the core of everything we do from the selection from raw materials to product development to packaging. This means consumers will realize long-lasting performance of the products in which they invest because of enhanced durability and will be acting in a socially responsible manner with each purchase.”

Vergano’s vision for KAMPOS is to raise awareness worldwide of the impact of plastic pollution and abandoned fishing nets by offering sustainable, alternative high fashion solutions for consumers who share in the company’s mission. A percentage of KAMPOS’ revenues will be donated One Ocean Foundation (https://www.1ocean.org/en/), a non-profit founded in Porto Cervo, Sardinia.  The joint effort is to accelerate solutions to ocean issues promoting a sustainable blue economy and enhancing knowledge through ocean literacy.

KAMPOS’ initial product line, which is all made in Italy, consists of swimsuits, shirts, t-shirts, perfumes, sunglasses, pareos (wraparounds) and accessories for men, women, and children. The company’s products are made of: Econyl, 100% regenerated nylon (filament) or certified GOTS (Global Organic Textile Standard) organic and biological cotton; and Newlife™, a unique, certified system of recycled polyester filament yarns that are 100% post-consumer bottle sourced, processed into a polymer through a mechanical — not chemical — process, and spun into yarn. No plastic is used in the packaging. The product line is now officially online at www.kampos.com and will be available for purchase in May. In June, KAMPOS plans to open its initial store in Porto Cervo, Sardinia (Italy) at the prestigious Promenade Du Port.

The name KAMPOS is an abbreviation of the Greek word HIPPO KAMPOS, which translates into Seahorse. In Rome and Greek cultures, the Seahorse was sacred to Neptune and Poseidon, the Sea Gods. It was considered a symbol of power, authority and good fortune with strong emotions and intuitions. Vergano launched KAMPOS in homage to his heritage and to celebrate the Mediterranean lifestyle.

For more information regarding Kampos from media, key influencers and/or , please contact: