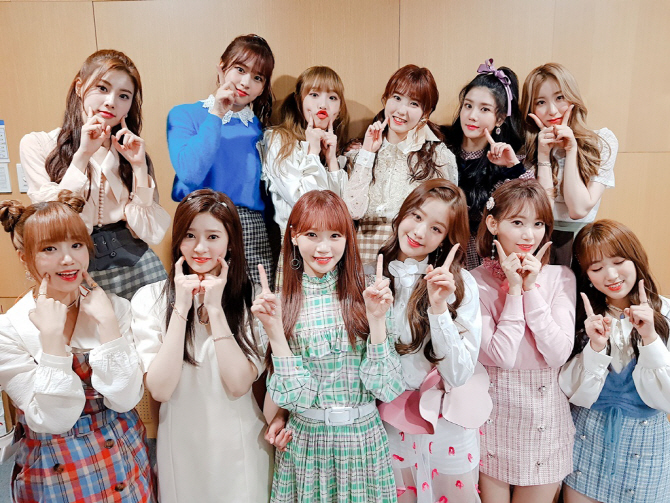 The new album, set for release on Feb. 17, is the 12-member girl group’s first full-length album, marking the resumption of the band’s activities after a three-month hiatus.

The band temporarily suspended its activities in November as producers of cable music channel Mnet’s “Produce” audition show came under a police investigation over allegations they fixed the results of the vote-based competition show.

IZ*ONE debuted in 2018 through the show’s third season.

CJ ENM, the operator of Mnet, has since striven to bring the girl band back to the music scene, pledging in late December to set up a 30 billion won (US$25 million) fund to help further develop the K-pop industry as a redemption gesture.

The band, composed of nine Korean and three Japanese members, has so far released two EPs, “Color*IZ” and “Heart*Iz.”

The second EP sold more than 130,000 copies in the first week of its official release in April 2019, the highest sales by any K-pop girl band at that time.

Pre-sales of IZ*ONE’s new album had topped the album sales charts in Korea and Japan before the band abruptly postponed the album’s official release less than one week before the release date on Nov. 11.