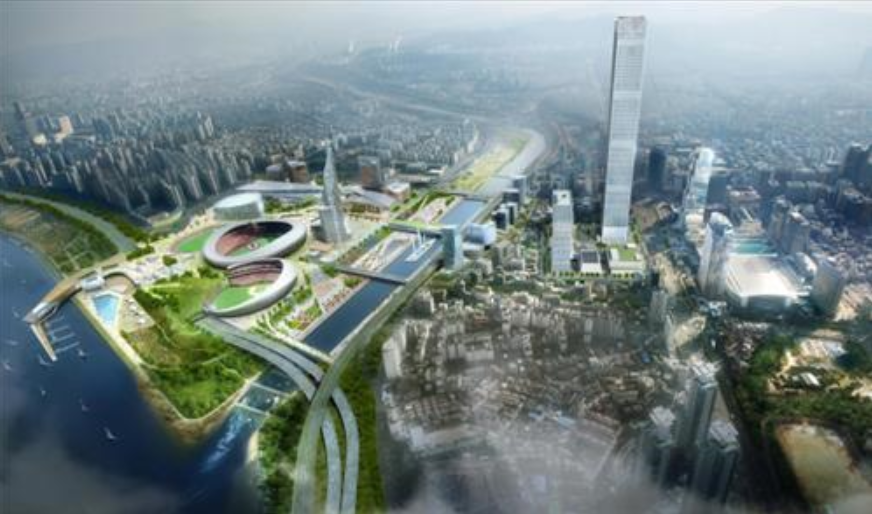 SEOUL, April 26 (Korea Bizwire) – Jamsil Sports Complex and its surrounding areas will be transformed into an ambitious new site for international conventions and exhibitions.

The Seoul Metropolitan Government decided on a master plan for the area’s transformation on Monday. It’s a grandiose project to establish a global MICE (Meetings, Incentives, Conferencing, Exhibitions) center that further extends to sports, concerts, entertainment, and other leisure activities.

The project is expected to cost approximately 2.8 billion won, with 1 billion won coming from from Hyundai Motor’s public contribution fees, and the rest from private investment.

Large-scale exhibition and convention facilities, and high-end hotels will be built on the grounds of current Sports Complex. Together with COEX, SETEC, and Hyundai’s GBC, 195,000 square meters of convention and exhibition complex will be created in the area.

The city also plans to launch its own brand of large-scale expo like Germany’s CeBIT, and CES held annually in Las Vegas.

The main stadium will be remodeled to incorporate additional facilities such as museums and a skydeck. A 250-room youth hostel will also be built within the stadium.

The baseball stadium will be relocated to the northwestern area of the complex, and increased in size to accommodate crowds of up to 35,000. The decision to build a domed stadium will be taken in the latter half of the year after a thorough evaluation.

The gymnasium and the swimming pool will be integrated into one indoor sports complex, which will accommodate up to 11,000 people, where various indoor sporting events and concerts will also take place.

A boardwalk connecting the complex and the Han river will also be built, as is expected to feature cafés and cultural activities. The riverside will also include water-based leisure activities.

The Tancheon parking lot will be dismantled, and parts of the Olympic highway and its surrounding roads will move underground.

The Tancheon pedestrian bridge that connects the complex and Samseong-dong will become building-integrated.

The city plans to achieve a minimum of Gold certification from LEED-ND, which is a US rating system that encourages environmental responsibility and sustainable urban development.

It is also reviewing the possibility of installing trams between the complex and Samseong-dong, as well as water transport across the Han river.

The city of Seoul received 98 proposals from 23 countries for its master plan through an international competition.

The first phase of the construction, which will include the removal of the student gym and swimming pool, and building facilities including hotels, will begin in 2019 with work expected to be completed by 2022.

The second phase, which will include the construction of the youth hostel, secondary stadium, and the development of the area by the river will finish in 2023.

In the final phase of the project, which is expected to wrap up in 2024, exhibition and convention facilities will be built.

The entire plan is expected to create about 80,000 jobs and an annual economic effect of approximately 15 trillion won.

“Jamsil Sports Complex is the shrine of 1988 Seoul Olympics. This project will revitalize the area with important facilities and help create new value for the city. We’ll make it an international attraction for both citizens and guests from overseas,” said Hee-sun Lee, the head of the Urban Restoration Office.