Despite the chilly weather, with the mercury measuring 3.2°C (37°F) at the start, more than 1,200 participants from around the country braved the cold temperatures with only their shorts on. 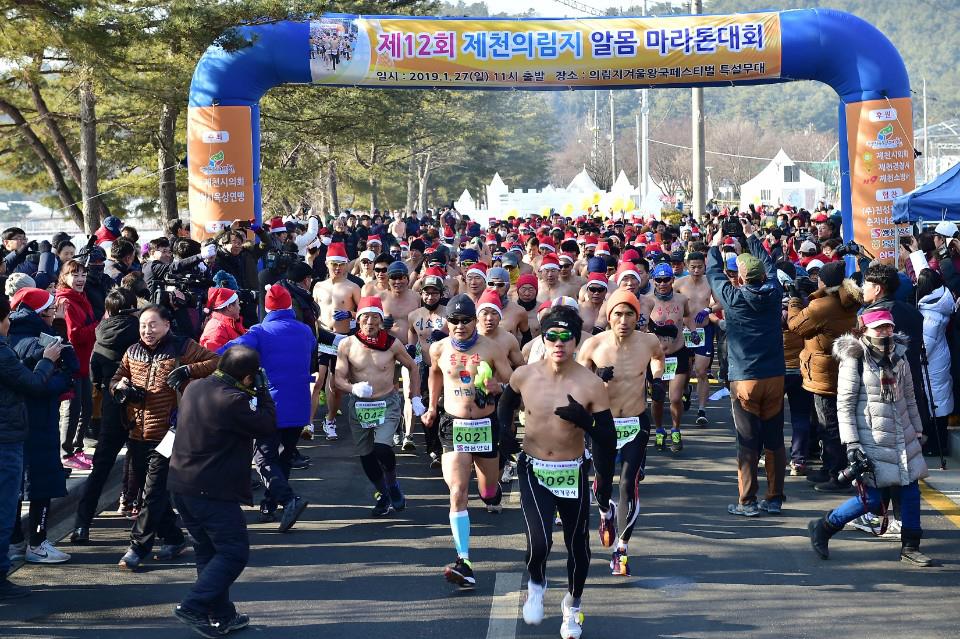 Jecheon’s half naked marathon was held for the first time in three years, after it was suspended due to avian flu in 2017 and a fire at Jecheon Sports Center in 2018.