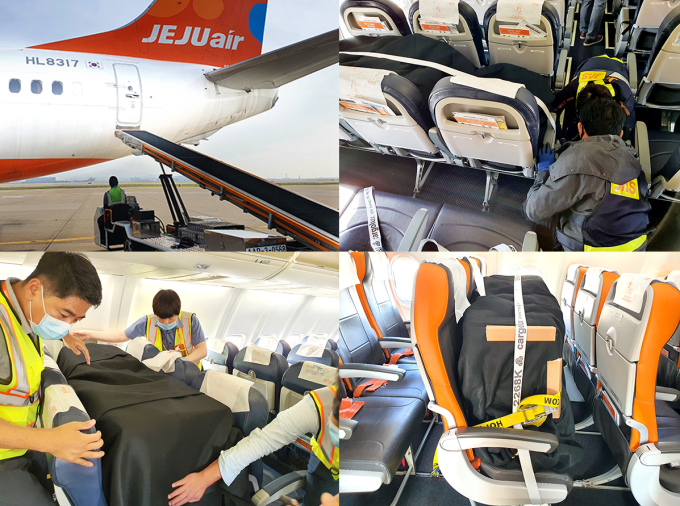 This file photo taken on Oct. 22, 2020, and provided by Jeju Air shows the carrier’s employees loading cargo on the seats of a B737-800 passenger jet on the Incheon-Bangkok route at Incheon International Airport in Incheon, just west of Seoul.

Jeju Air plans to deploy a B737-800 passenger jet to deliver cargo from Incheon to Bangkok from late Thursday, the company said in a statement.

“The company is considering expanding cargo delivery using passenger jets to other countries depending on market conditions,” the statement said.

Budget carriers began to join full-service carriers to convert passenger jets into cargo planes or increase cargo deliveries to offset a sharp decline in travel demand due to the COVID-19 pandemic.

Jin Air Co., a budget carrier unit of Korean Air Lines Co., plans to deploy a B777-200ER jet, which has been recently converted into a cargo plane, on routes from Incheon to Bangkok and Qingdao from Saturday.

T’way Air said it will begin using two of its 27 B737-800 passenger jets to carry cargo on the Incheon-Ho Chi Minh City route in early November.