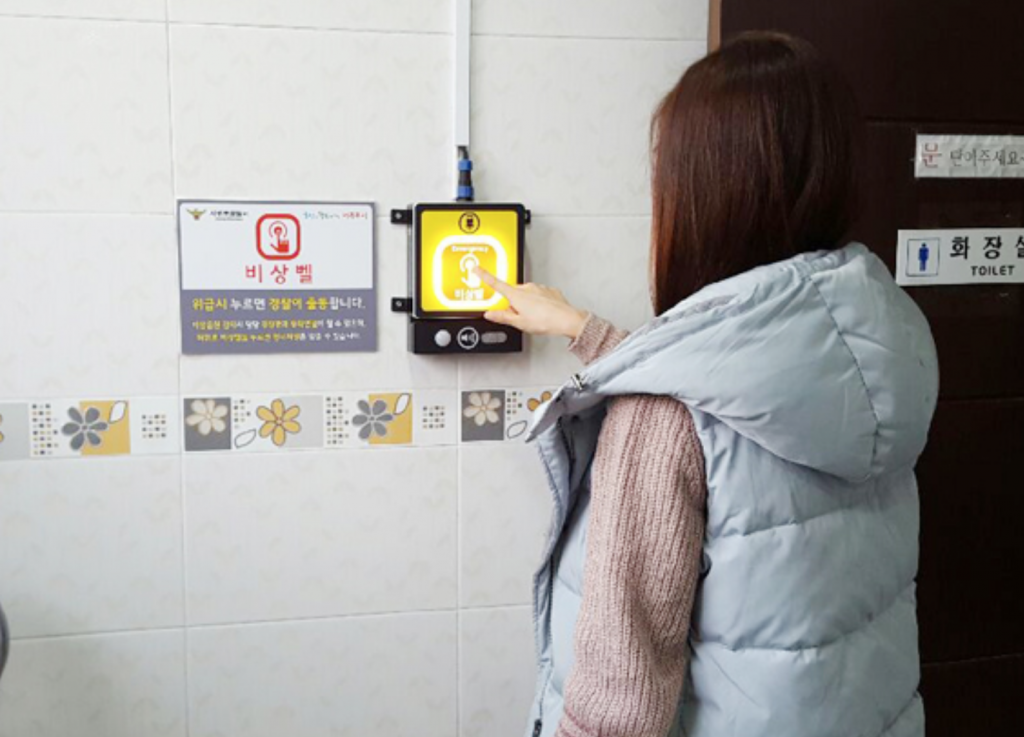 JEJU, Dec. 9 (Korea Bizwire) – In an effort to temper the rising crime rate on Jeju Island – one of Korea’s most popular holiday destinations – municipal officials from the two biggest cities on the island, Jeju and Seogwipo, have decided to equip public restrooms with smart alarms triggered by noises indicating a criminal emergency.

According to officials, while the alarms can be triggered by physically pressing a button, the key essence of the new “smart” devices is that they can detect screams and sounds like glass shattering and explosions or any other audio irregularities, and alert a local emergency control center.

Furthermore, when the alarm notifies the authorities, warning lights installed outside the restroom building will switch on and sirens will alert potential by-passers nearby for help.

A total of 20 of the public restrooms in Jeju City and six in Seogwipo will initially be equipped with the new alarms, with officials expecting to increase the numbers to 50 and 57, respectively.

A rapidly increasing number of foreigners visiting the island has also bred similar concerns, with the number of crimes committed by foreigners rising from 121 in 2011 to 393 in 2015, and expected to surpass 600 this year.