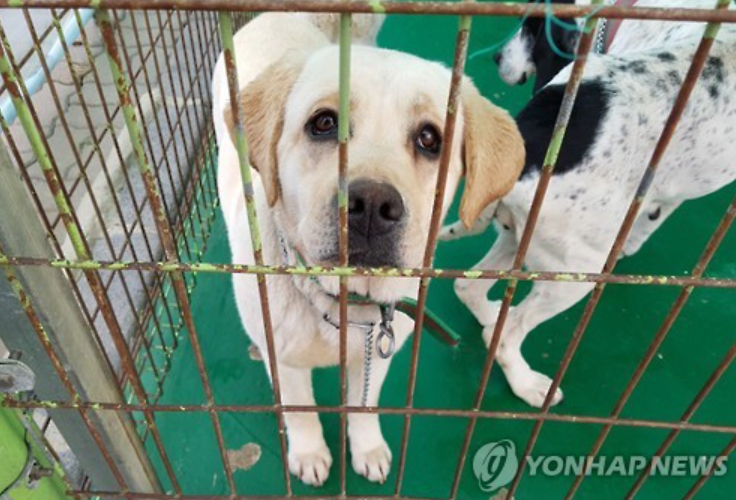 A Stray dog captured in Jeju waits for their family (Image: Yonhap)

SEOUL, March 8 (Korea Bizwire) – More than half of the stray dogs and cats caught on the Jeju Island end up being put down, while a mere 9.3 percent of animals in shelters go back to their owners.

Last year alone, around 3,000 abandoned animals (2,704 dogs and 323 cats) entered animal shelters on the island, according to Jeju’s veterinary laboratory.

Of the 3,027 animals rescued, only 276 dogs and six cats were returned to their owners, while just over a quarter of them were adopted by a new family.

“Pet registration was introduced in 2014 but most abandoned animals weren’t microchipped,” said a senior official at Jeju’s veterinary laboratory.