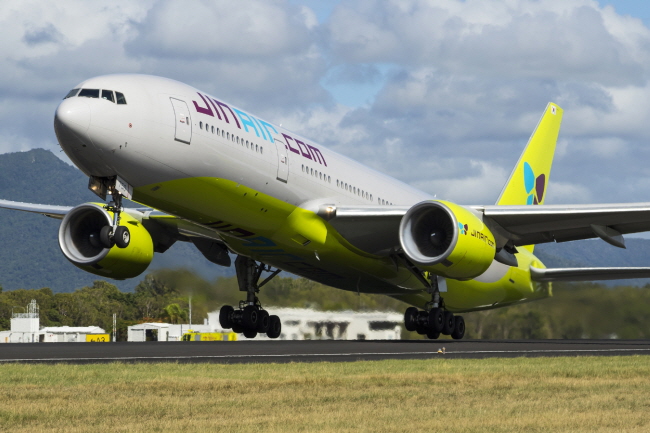 The aircraft will be added to the Gimpo-Jeju route Sunday, about 16 months after its suspension over the outbreak of the pandemic, the company said in a release.

The same plane will also be put into service for international routes in July to meet surging travel demand expected during the summer peak season, it said.

Jin Air plans to introduce three more of the same plane in phases once maintenance work, test flights and government inspections are completed.

Meanwhile, Jin Air said it will add a B737-8 plane to its fleet in July. The B737-8 is considered eco-friendly for its advanced technology designed to help reduce carbon emissions by being about 15 percent more fuel efficient than others in the same class.