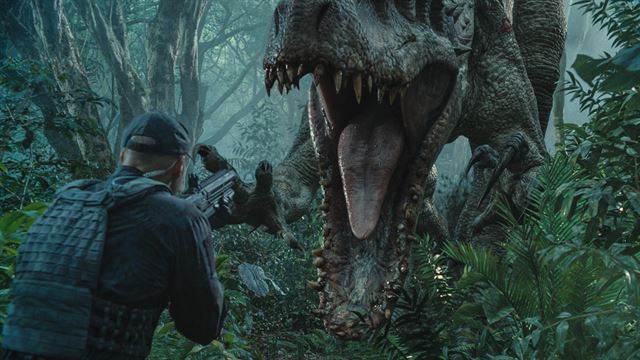 SEOUL, Jun. 7 (Korea Bizwire) — The blockbuster Jurassic franchise has churned out yet another huge hit with the new release “Jurassic World: Fallen Kingdom.”

On the first day of its worldwide debut yesterday in South Korea, more than 1 million moviegoers flocked to theaters.

According to numbers released by the Korean Film Council, the film had been viewed by 1.127 million spectators just 10 hours after its release.

“Jurassic World: Fallen Kingdom” is the first film released in Korea that had more than 1 million views on its opening day.

The previous record was held by “Avengers: Infinity War”, which opened in April of this year with 980,052 tickets sold on its first day of release.

Even before the release of the sci-fi film, 80 percent of tickets were pre-purchased.

“Fallen Kingdom” is the sequel to the film “Jurassic World” released in 2015 to a domestic audience of 5.5 million film fans.

The film takes off three years on from where the previous version left off, as two protagonists Claire Dearing and Owen Grady set off to save dinosaurs at a deserted theme park as a volcanic eruption threatens their existence.