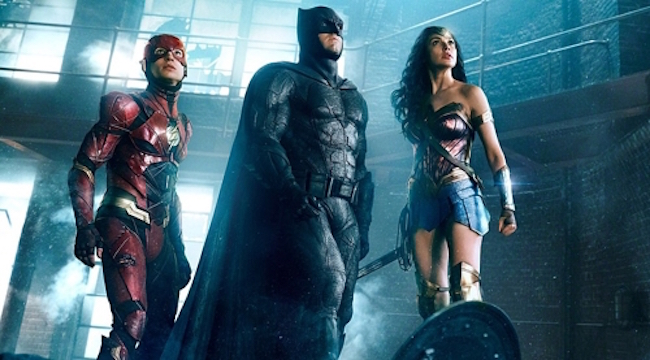 The Warner Bros. and DC Comics release sold 822,160 tickets on 1,308 screens across the country from Friday to Sunday, the Korean Film Council said.

Marvel’s “Thor: Ragnarok” slipped to third from No. 1 the previous week. It collected 168,261 views to extend its four-weekend total to 4.59 million admissions.

Local black comedy “Room No. 7,” starring Shin Ha-kyun and Doh Kyung-soo, debuted at fourth place. Directed by Lee Yong-seung, who also made “10 Minutes” (2014), “Room No. 7″ is about a man who stashes drugs in room 7 of a failing DVD screening parlor where he works part time, only to find that his boss has hidden a dead body in the same room.

“The Bros,” starring Ma Dong-seok and Lee Dong-hwi, fell two steps to fifth in its third weekend. The domestic family comedy amassed 70,993 admissions for a total of 1.45 million at the box office.