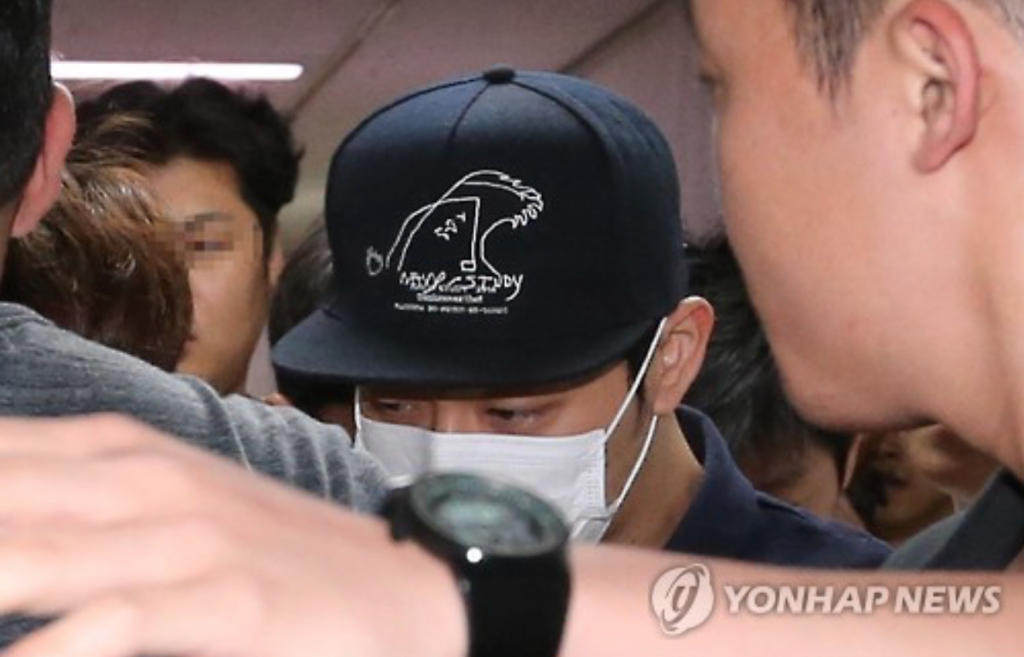 Park Yu-chun, a member of K-pop boy band JYJ, fights past the press as he reports to military duty in Seoul on June 20, 2016. The 30-year-old singer has been accused by four women of sexual assault. He is currently serving his mandatory military duty as a public service worker at a local ward office. (image: Yonhap)

SEOUL, June 20 (Korea Bizwire) – Park Yoo-chun, the scandal-ridden member of popular K-pop boy band JYJ, filed a complaint with the police on Monday, charging that a woman falsely accused him of sexual assault.

The woman, whose identity was withheld, is among four that have filed separate complaints in recent weeks and claimed that Park sexually assaulted them. She lodged the complaint on June 10, but dropped it five days later, saying that “there was no coercion.”

His complaint came three days after Park pledged to end his entertainment activities if the allegations of sexual assault proved to be true.

A source said that Park is considering taking legal action against the three others for what he claims to be false accusations. Park has so far denied all allegations leveled against him.

Meanwhile, police have doubled the number of investigators handling Park’s case to 12 as it has drawn keen public attention. The negative publicity has dealt a serious blow to his signature clean-cut image.

Police plan to summon Park for questioning as soon as they finish investigating the alleged victims.

Park is currently serving his military duty as a public agent at a local district office in Seoul.