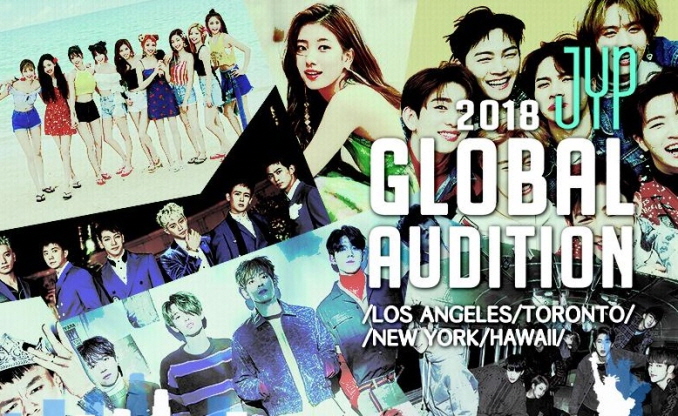 The first audition will be held in Los Angeles, U.S.A. on October 13, followed by an audition in Toronto, Canada on October 20.

The third audition is scheduled for New York on October 27 before concluding with a final audition set for November 3 in Hawaii.

Applicants can select their strongest field of entry including vocals, rap, dance and acting. Only those born between 1994 and 2007 are eligible to apply for the auditions.

Audition finalists will be given an opportunity to be formally trained under JYP’s training system.

The global audition is taking place for the first time in two years, aimed at unearthing gems that have the potential to join the next generation of K-pop stars, the likes of Wonder Girls, 2PM, Suzy, GOT7 and many other celebrities that were discovered by JYP.