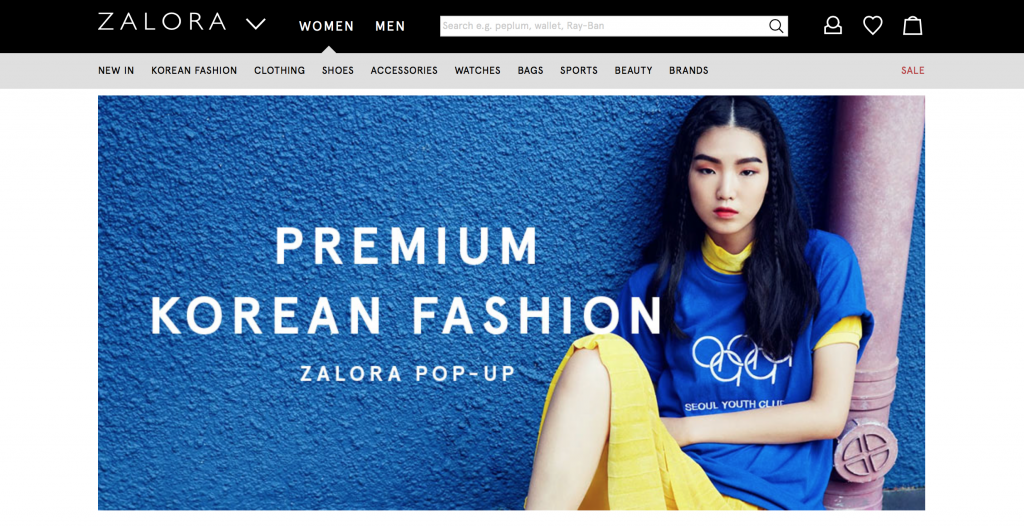 A total of 17 South Korean designer brands, which have been recognized for their competitiveness both at home and abroad, are showcasing their products in the pop-up store.

The “Premium Korean Fashion” pop-up shop was launched in Singapore the previous day and will be open till October in Zalora sites in Singapore, Malaysia, Indonesia, the Philippines, Hong Kong and Taiwan, according to the officials at the Korea Trade-Investment Promotion Agency (KOTRA) and the Korea Fashion Association.

A total of 17 South Korean designer brands, which have been recognized for their competitiveness both at home and abroad, are showcasing their products in the pop-up store.

At the launching ceremony, Giulio Xiloyannis said there is growing interest in Korean fashion in Southeast Asia and that the opening of the pop-up store is not only a new attempt but also an important event for Zalora.

A KOTRA official said the trade agency will step up efforts to gain access to major online portals in an effort to make inroads into regional markets.

“Southeast Asia is emerging as the next e-commerce market after China as youths account for a large portion of its population and regional economies are growing at a fast pace,” Lee Byung-woo, head of KOTRA’s office in Kuala Lumpur. “Efforts will be made to help Korean brands gain a foothold there.”

Founded in 2012, Zalora has a presence in Singapore, Indonesia, Malaysia and Brunei, the Philippines, Thailand, Vietnam, Hong Kong and Taiwan. In Australia and New Zealand, it operates as The Iconic. Zalora’s localized sites offer an extensive collection of top international and local brands and products across apparel, shoes, accessories and beauty categories for men and women.

Southeast Asia’s e-commerce market is expected to grow at a fast click down the road. According to a report by Google and Singaporean sovereign wealth fund Temasek in June, The market is projected to expand at an annualized rate of 32 percent over the next decade and reach US$88 billion in 2025, 16 times its size in 2015.