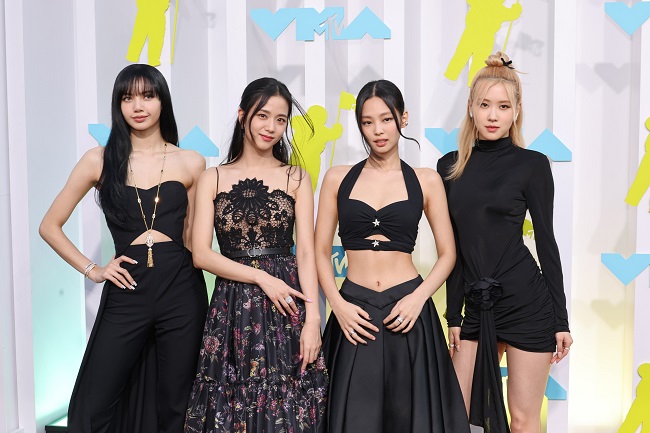 This photo captured from the 2022 MTV Video Music Awards’ Twitter page shows South Korean girl group BLACKPINK posing for the camera at the awards ceremony at the Prudential Center in Newark, New Jersey, on Aug. 28, 2022. (Yonhap)

SEOUL, Oct. 11 (Korea Bizwire) — With K-pop enjoying popularity throughout the world, the fan base of girl groups is becoming more diverse in nationality.

India had the largest share at 10 percent of YouTube views of BLACKPINK, followed by Thailand at 8.4 percent, Indonesia at 6.9 percent and the Philippines at 5.8 percent, according to Circle Chart.

The share of South Korea remained low at 3.7 percent, down 0.7 percentage points from 2019.

“India was the only country with a view ratio of more than 10 percent. The proportion by country is very evenly distributed,” said Kim Jin-woo, head researcher of Circle Chart, which reports accumulated sales and streams.

When it comes to rookie girl groups including Ive, NewJeans and Le Sserafim, the proportion of South Korean YouTube views remained low at 24.6 percent, 36.9 percent and 17.8 percent, respectively.

Despite being less than a year from their debut and with relatively fewer overseas activities, they garnered significant attention from global fans.