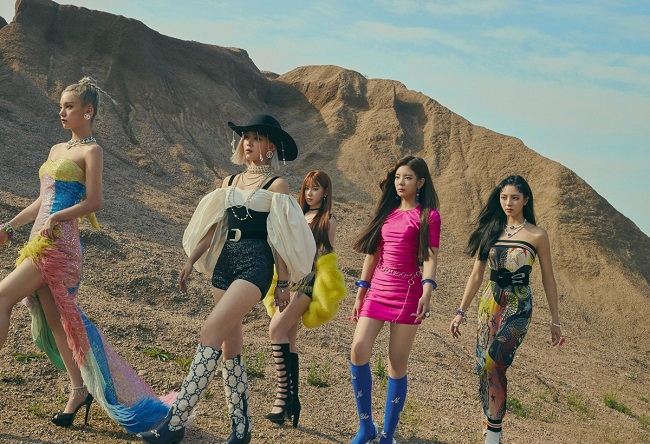 SEOUL, April 14 (Korea Bizwire) — K-pop girl group ITZY is ready to come back with its fourth EP, “Guess Who,” later this month, its agency said Wednesday.

The album, due out on April 30, includes main track “In the Morning” produced by their label founder and K-pop guru Park Jin-young, according to JYP Entertainment.

The six-track EP also includes songs by songwriters who have collaborated with top-notch K-pop acts BTS, TWICE and IU like KASS, danke and earattack, it added.

ITZY, consisting of Yeji, Ryujin, Chaeryeong, Lia and Yuna, debuted in February 2019 and became an instant hit. The band won 10 rookie awards for that year.

In January, the five-piece act rolled out its first English-language EP “Not Shy” as part of efforts to go global. It carried English versions of previous hits “Not Shy,” “Wannabe,” “Icy” and “Dalla Dalla.”