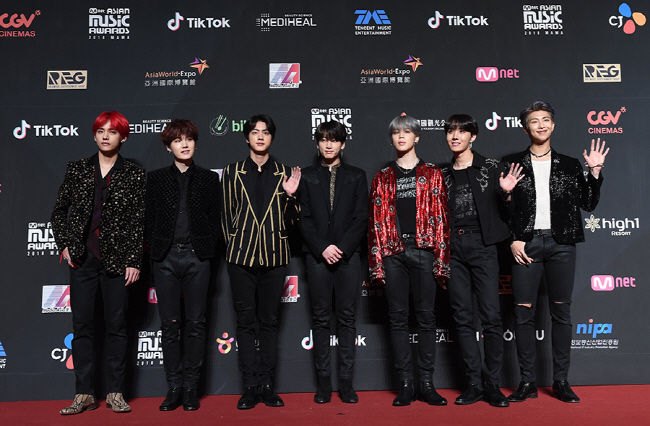 SEOUL, Dec. 18 (Korea Bizwire) — The economic value generated by K-pop boy band BTS is estimated at around 4 trillion won (US$3.54 billion) annually, a local researcher said Tuesday, indicating that the global sensation plays a significant role in South Korea’s economy that stretches beyond the cultural sector.

As an average mid-sized South Korean firms posted annual sales of 160 billion won on average in 2016, the production inducement effect of BTS is equal to combined sales of 26 companies, the researcher said.

The seven-member group lent support to the local tourism industry with some 800,000 foreigners visiting South Korea annually to see the boy band’s performances since its debut in 2013.

The figure is equal to 7.6 percent of 10.4 million foreign tourists who visited the country last year, the institute said.

The research institute also claimed that BTS’s global popularity had a significant impact on exports of consumer goods, such as clothes, cosmetics, and foodstuffs.

South Korea exported $65.2 billion worth of consumer goods in 2017, and BTS is estimated to have been responsible for $1.1 billion, or 1.7 percent, the HRI said.

BTS is anticipated to generate an economic value of 41.8 trillion won over the 2014-2023 period if the band continues to maintain its popularity, the HRI added.