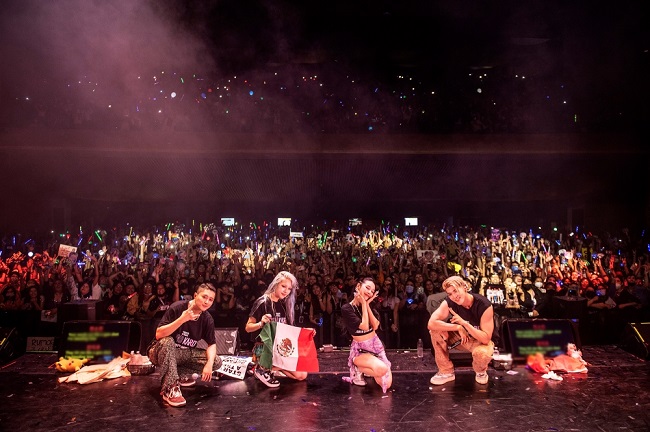 This photo provided by NINSHI Entertainment shows mixed-gender K-pop group KARD at their concert in Mexico.

Boy band T1419 released a new song in Spanish titled “When the Sun Goes Down” last month, starting its offensive in the Latin American market.

Girl group Momoland, from the same agency as T1419, joined hands with well-known singer-songwriter Natti Natasha in January to release an English song, setting foot into the Latin American market.

Concerts in Latin America usually involve the payment of a one-time fee by a local entertainment agency rather than the Korean agency taking charge of the ticket sales.

This allows promoters to generate stable profits while reducing the risk of underperforming ticket sales.