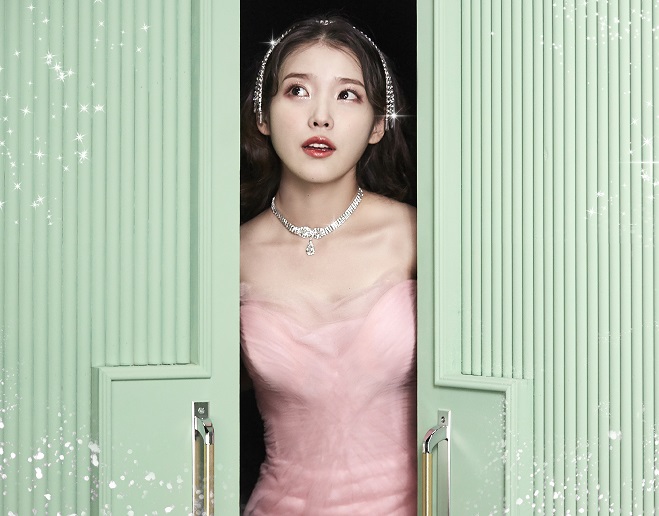 The song, which Edam Entertainment described as an “upbeat pop sound track that IU will be experimenting with for the first time,” will drop on Jan. 27.

A teaser image for the upcoming single showed IU standing in between light green-colored doors, donning an elegant peach-colored gown and sparkly jewelry.

“Celebrity” is IU’s first new song since “Eight” released in May last year. The single, a high-profile collaboration between IU and Suga of BTS, had swept global music charts.

While no details on her fifth full album have been released, the K-pop queen had hinted on the upcoming album during the Golden Disk Awards ceremony last week.

“(The album) carries stories of encouragement more than ever,” she said, hoping to spread positive vibes through music to people who are exhausted.

IU’s latest studio album was “Palette” released in 2017. It was a critical and commercial success, carrying hit tracks like “Palette” featuring G-Dragon and “Through the Night.”