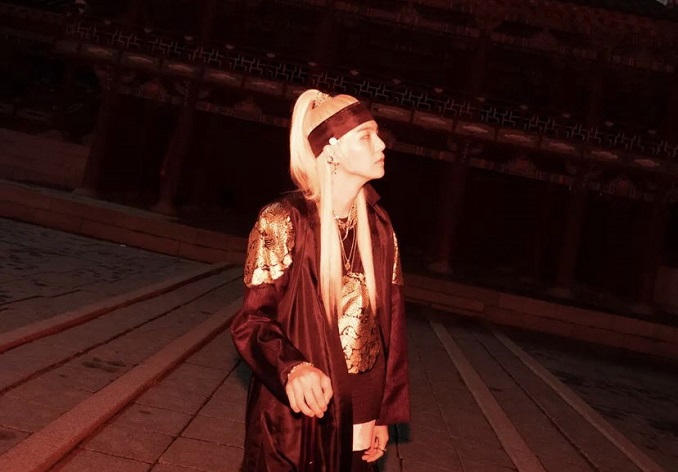 This photo, captured from Suga’s Instagram account, shows the BTS member wearing hanbok during the production of his music video for “Daechwita.”

On Tuesday, Suga of K-pop supergroup BTS posted a photo of himself on social media wearing a Korean royal robe.

The photo was taken in 2020 during the production of his music video for “Daechwita” from his second mixtape.

“Daechwita” is a crossover rap by Suga that uses Korea’s traditional military anthem. 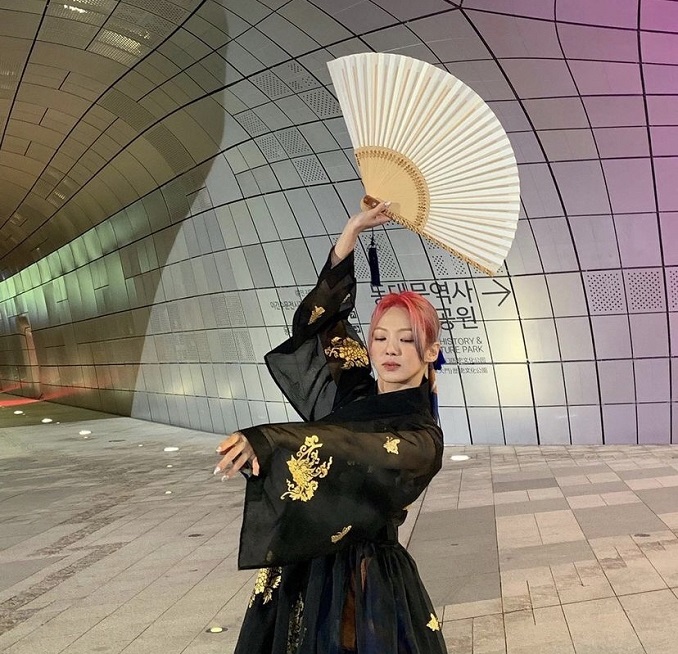 Hyoyeon from K-pop idol group Girls’ Generation also posted several photos of herself on social media wearing a hanbok, including a photo of her in a black hanbok dress holding a hand fan.

Calls on the need to promote hanbok emerge every time the Korean traditional dress takes center stage of diplomatic controversies, but the hanbok is still far from taking root in everyday fashion in South Korea.

In response, the Ministry of Culture, Sports and Tourism joined hands with the Korea Craft and Arts Design Foundation to hold a special hanbok exhibition at Culture Station Seoul 284 from until February 24.

Since last year, the ministry has been working with culture and art institutions to encourage wearing hanbok as work uniforms.

The ministry also signed an agreement with the Ministry of Education in 2019 to introduce hanbok-based school uniforms. This year, students at 34 middle and high schools are wearing hanbok to school.