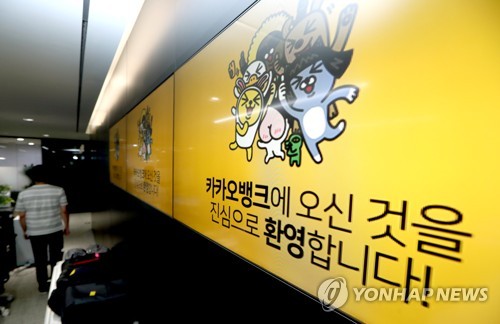 Kakao Bank also attracted deposits worth 74 billion won (US$66.3 million) and made loans worth 50 billion won.

It took 24 days for K-Bank, which began operations in April as the nation’s first Internet-only bank, to attract 240,000 accounts.

Last year, traditional banks opened about 155,000 accounts via the Internet or smartphones.

With a paid-in capitalization of 300 billion won, Korea Investment Holdings Co. and Kakao hold a 58 percent and 10 percent stake in Kakao Bank, respectively.