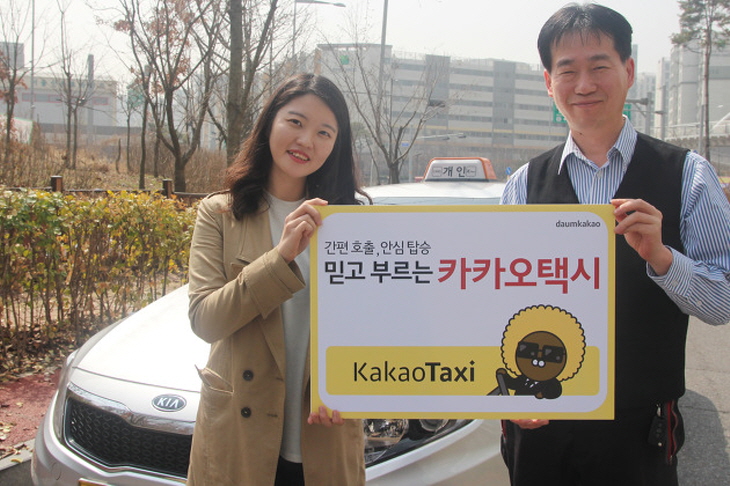 It appears that the number of taxi drivers working for Kakao Taxi even surpasses the number of call-taxis, of which there are 63,000 out of 280,000 taxis in Korea.

According to Nielson Korea Click, the number of Kakao Taxi net users reached 524,273 only one week after March 31, the day the app was launched, and 920,000 over the month of April. Net users, by Nielson Korea Click’s definition, are users who have reserved a taxi through Kakao Taxi more than once.

Kakao Taxi’s rapid growth appears to be ascribable to its no-commission policy, which has helped it attract a vast pool of taxi drivers. Having 37,000,000 Kakao Talk users didn’t hurt Kakao Taxi’s leap either.

It also appears that word is spreading fast among taxi drivers that Kakao Taxi could help them attract more customers. Kakao Taxi’s large pool of taxi drivers enables a fast and effective taxi allocation for users.