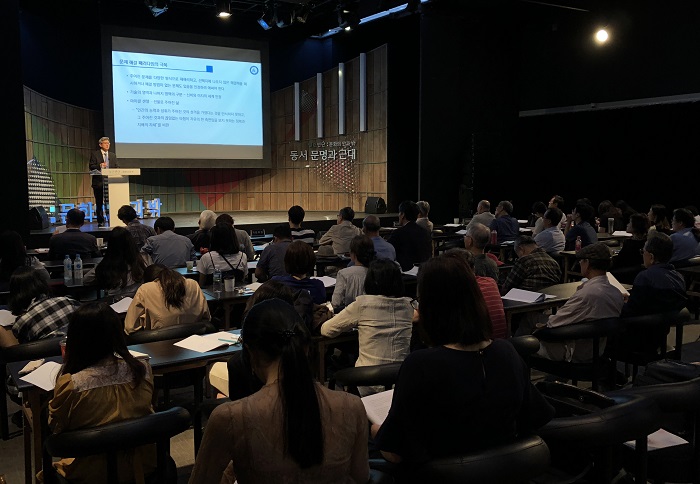 The most mentioned concepts in the lectures were humans, government, politics, science, China, Japan, modern, freedom and culture in order of frequency. (image: Naver Cultural Foundation)

SEOUL, Feb. 12 (Korea Bizwire) — Immanuel Kant, a well-known German philosopher, has been the most talked subject in an open lecture project over the past five years.

The Naver Cultural Foundation, which sponsors the project, released on Monday the results of its analysis of big data on the lecture series since it began in January 2014.

The most frequently featured book in the lectures was the classic “Analects of Confucius”.

In addition, the most mentioned concepts in the lectures were humans, government, politics, science, China, Japan, modern, freedom and culture in order of frequency.

Thus far, there have been 518 speakers and 21,173 people have attended the talks. The number of video replays has reached more than 3.6 million.

In commemoration of its fifth anniversary, the association will invite honorary professor Kim Woo-chang from Korea University and Seoul National University President Oh Se-jung on February 16 at 4 p.m. to hold a lecture on the topic of ‘Why should we study?’