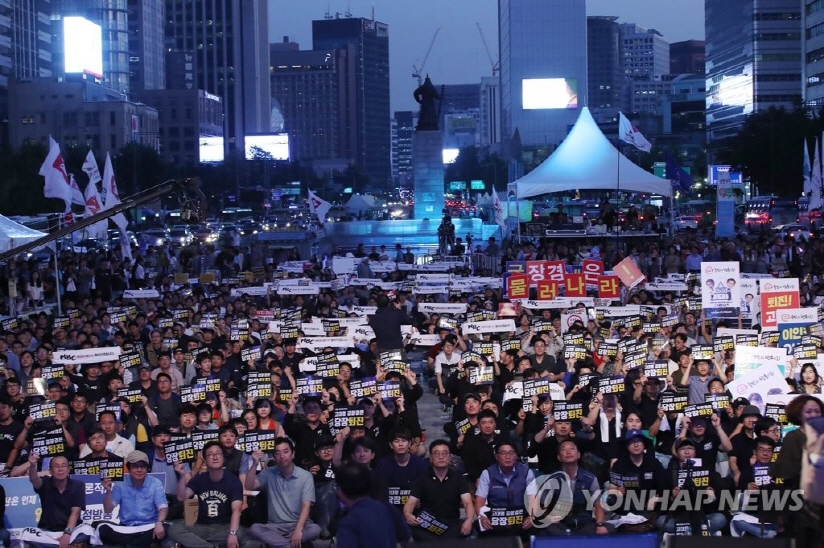 Protesters at KBS and MBC, South Korea’s two major networks, gather at Gwanghwamun Plaza in Seoul on Sept. 8, 2017, to call on management to step down. (image: Yonhap)

SEOUL, Jan. 23 (Korea Bizwire) — Unionized workers of public broadcaster KBS will end a nearly five-month strike this week, the union said Tuesday, one day after the company board approved a motion to dismiss its president, who has been accused of political bias and unfair labor practices.

The union plans to hold a ceremony at 9 a.m. Wednesday to officially announce the end of the walkout.

More than 2,200 unionized workers launched a strike on Sept. 4, demanding the resignation of KBS president Koh Dae-young, who is close to the previous conservative Park Geun-hye government.

Some workers returned to work in late December, after the government fired a conservative member of the KBS board, tipping the balance in favor of the liberal government and the labor union.