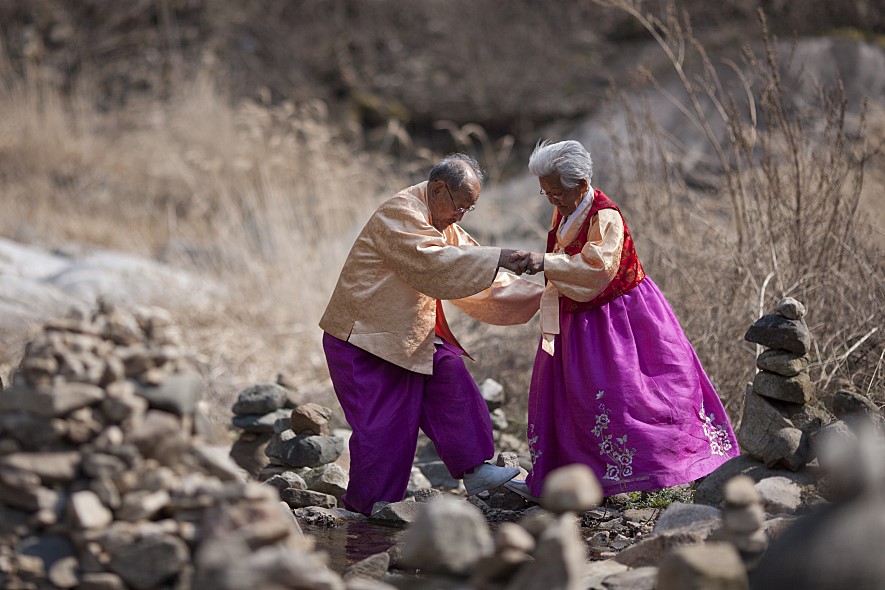 The film depicts a couple in the last moments of their 76 year marriage, and was directed by Jin Mo-young. (image: still image of the film)

SEOUL, May 7 (Korea Bizwire) – A South Korean small budget documentary about a couple in their nineties will compete with other documentary films at the Los Angeles Film Festival.

According to the festival representatives, the independent film “My Love, Don’t Cross That River” was listed as a competitor in the documentary category. The film depicts a couple in the last moments of their 76 year marriage, and was directed by Jin Mo-young. The movie attracted a record 4.8 million moviegoers last year in Korea.

The entire festival lineup includes “Grandma”, directed by Paul Weitz, 74 other feature films, and 60 short films. Another Korean film, “A Midsummer’s Fantasia”, directed by Jang Jun-jae enrolled as a competitor in the feature film sector.

The 21st LA Film Festival will be held from June 10 to 18 in Los Angeles. At last year’s festival, Bong Joon-ho’s “Snowpiercer” was selected as the first Korean film to open the festival.