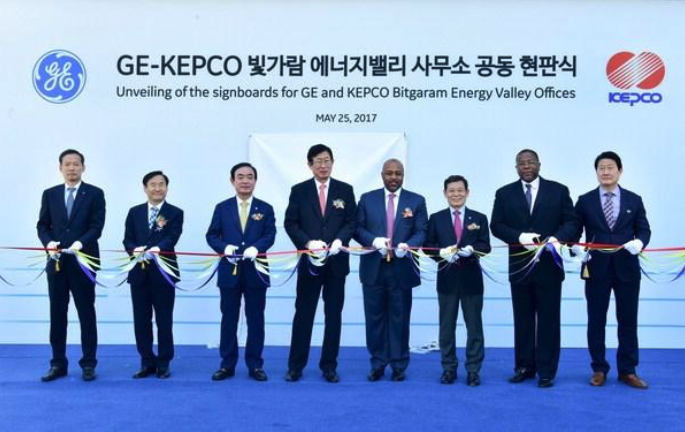 KEPCO President Cho Hwan-eik (fourth from the right) and (to his right) Russell Stokes, CEO of GE Energy Connections.

The South Korean utility firm and the U.S. aviation and energy conglomerate held an opening ceremony of its joint office in Naju, some 399 kilometers southwest of Seoul, earlier in the day, KEPCO said in a statement.

The ceremony comes after the two companies signed a memorandum of understanding (MOU) in late March for cooperation in the establishment of the high voltage direct current (HVDC) facility in the Naju Energy Valley where they agreed to nurture an industrial cluster for electric power development.

Under the deal, they will be working to focus on investment of cutting-edge technologies and infrastructure that will help drive growth in the electric power sector, as well as contributing to the regional economy, KEPCO added.