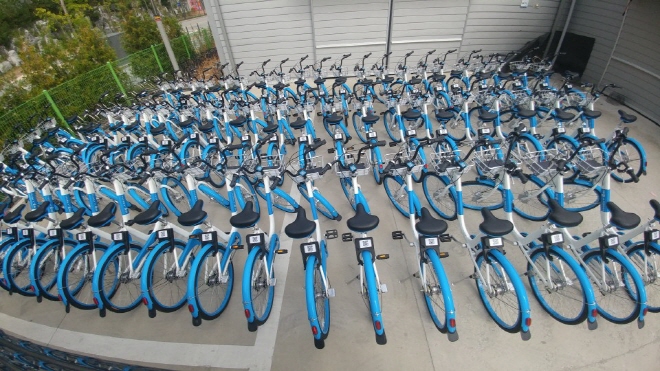 SEJONG, Aug. 13 (Korea Bizwire) — The city of Sejong has kicked off the first bicycle sharing service in the nation featuring IoT technology.

According to the municipal government of Sejong, the smartphone application “New Eoulling,” an upgraded version of the existing bike sharing service, allows users to access shared bicycles by tracking them via the app’s GPS system.

This means that users are not limited to renting and returning bicycles to public storage spaces as was previously mandatory.

With an additional 400 bike ports newly available, users can conveniently return rented bicycles in their neighborhoods in addition to the existing 72 public storage spaces.

In order to rent a shared bicycle, users can simply take a photo of the QR code attached to the bike.

When returning after use, users must press the “return” button on the app interface after parking the bicycle and locking it.

The bicycles are also lighter now, dropping around 5 kilograms compared to the previous models that weighed between 21 and 22 kilograms. The duration of the rental period was also expanded to 24 hours.

The new bicycles will be available from August 14 onwards.

The city plans to allocate 470 bicycles throughout the city by end of August, with an additional 280 to be included by year’s end, for a total of 1,020 this year.