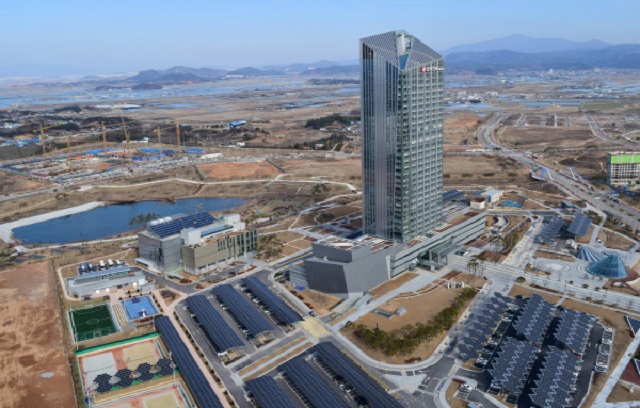 The company announced on Wednesday that it had signed an agreement for joint use of the sulphur hexafluoride (SF6) decomposition technology with the Korea National Railway.

SF6 is a flagship greenhouse gas that is a compound of sulfur and fluorine. SF6, in general, is used as an insulating gas for power facility switches.

After one year of research and development, KEPCO succeeded in developing new technology that can decompose high-concentrated SF6 at a high temperature of 1,200 degrees Celsius and turn hazardous material into non-hazardous material by cooling and neutralizing it.

With these facilities, the company plans to turn 6,000 tons of SF6 that it currently holds into non-hazardous material by 2050.

Once the final contract is completed after the agreement is wrapped up, the Korea National Railway will be able to process its SF6 without having to incur additional expenses.

For KEPCO, the amount of decomposition can be acknowledged as an external greenhouse gas reduction project, thereby enabling it to acquire offsetting emissions rights.