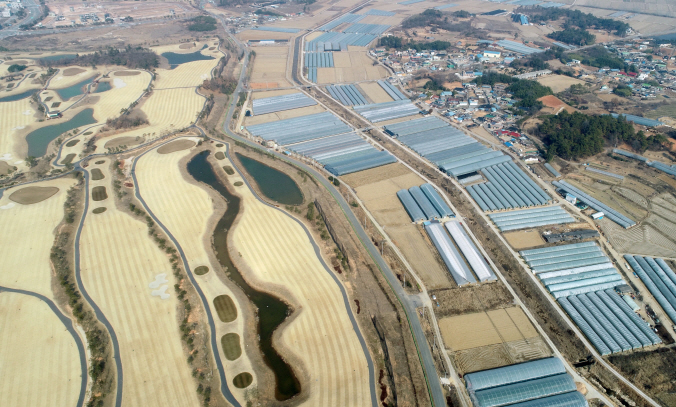 KEPCO earlier said it was considering building its own university in either South Jeolla Province or the southeastern city of Gwangju, located 329 kilometers from Seoul.

The planned university will be built on the Booyoung Country Club golf course in Naju, 355 kilometers south of Seoul.

The review committee said Naju won a higher score for its location, development regulation and assistance from the provincial government. Gwangju, which fell behind Naju, got higher marks in terms of accessibility and connections with various industries.

Last year, KEPCO said the planned university will have 1,000 students and 100 professors, with the opening date scheduled for March 2022.

The university will become the country’s top institution in the field of energy studies in 20 years, it added.

Building the university has been one of the Moon Jae-in administration’s key policies for the country’s southwestern Honam region.

KEPCO also has been claiming that there should be a school devoted solely to energy studies to beef up the country’s competitiveness in the sector.

The state-run company, however, still must find ways to raise the funds needed to establish the university, which is estimated at 500 billion won (US$448 million). KEPCO also needs 50 billion won annually to run the school.

Industry watchers said KEPCO will face challenges in bearing the cost by itself. The energy firm posted a net loss of 431.8 billion won in the January-September period of 2018.

KEPCO currently claims the central and regional government should lend support to the project. The government has not yet announced details on how it will help KEPCO for the project.

Along with the financial aspect, the university faces challenges in terms of the protest from the main opposition party.

The Liberty Korea Party said in a statement that it is inappropriate for KEPCO to open a university when it is already suffering from losses, claiming the project will call for taxpayer money.

The party also expressed concerns over the saturation of universities in the country as a whole, with many of them already having problems in recruiting students amid the falling number of young people.