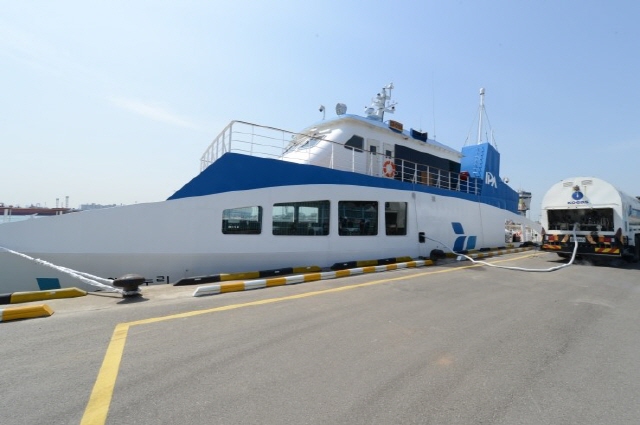 “The project will help South Korea to reduce fine dust, greenhouse gas and air pollution, and contribute in developing technologies in the field of the environment-friendly ship industry,” the Ministry of Oceans and Fisheries said in a statement.

The move comes in line with South Korea’s new law, which will go into effect next year and obligates public organizations to adopt ships running on cleaner energy sources such as liquefied natural gas (LNG) by 2030.

The International Maritime Organization also ordered ships to reduce the amount of sulfur in their fuel starting next year.

Sulfur oxides are known to be harmful to human health, causing respiratory symptoms and lung disease, according to the U.N. agency.

Ships that weigh 200 tons or more will be powered by LNG, while other smaller vessels will harness electricity and hybrid engines.

The replacement will be carried out in tune with the ships’ life expectancies, it added.

For the ships whose life expectancy is beyond 2030, the ministry said it plans to install new equipment such as diesel particulate filters to reduce pollutant emissions.