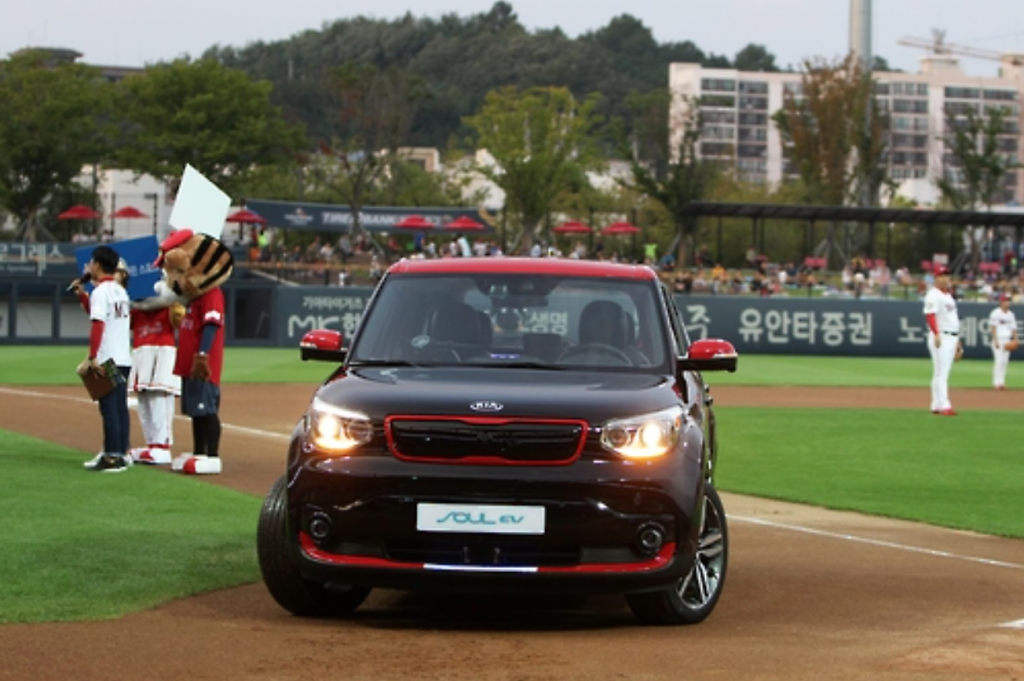 According to Kia, the car can self-maneuver on expressways at speeds of up to 120km/h, and can change lanes, overtake, brake, and even park, all by itself. (image: Kia)

SEOUL, Sept. 9 (Korea Bizwire) – Kia’s latest autonomous EV made a surprise appearance at a KBO baseball match between the Kia Tigers and NC Dinos on Thursday.

The Kia Soul EV drove into stadium from the left gate by the outfield with Korean actress and singer Lee Hae-in, who threw the ceremonial first pitch, in the back seat. The Soul dropped Lee off by third base, and drove away by itself.

The self-driving Soul EV, revealed at January’s Consumer Electronics Show, is the first vehicle of its kind from Korea. According to Kia, the car can self-maneuver on expressways at speeds of up to 120km/h, and can change lanes, overtake, brake, and even park, all by itself.

What was significant in the latest performance, however, was that the vehicle successfully steered itself in non-conventional road conditions. Kia’s self-driving technology is usually best suited for flat ground and a traditional road environment, which made the drive on terrain mainly composed of grass and dirt all the more impressive.

To overcome the drawbacks, Kia made significant improvements to the Soul’s path tracking and position recognition technologies, said a company official.

“The event was arranged to introduce our competence in future technology by presenting our Soul autonomous EV,” the official said. “Kia Motors is devoted to procuring a variety of key technologies related to autonomous driving, but also car connectivity and environmental friendliness.”