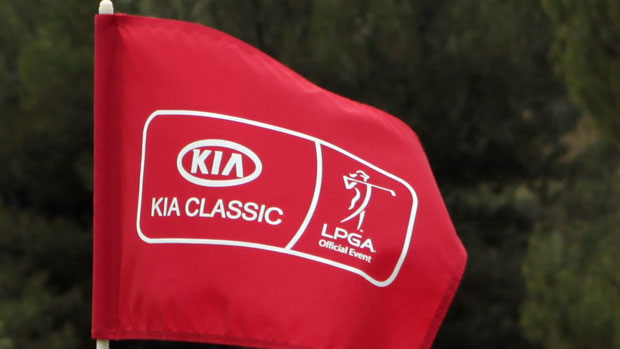 IRVINE, Calif., Mar. 26, 2014 (Korea Bizwire) – Kia Motors America (KMA) has many reasons to celebrate this year:  2014 marks the company’s 20th anniversary in the U.S.; the fifth annual Kia Classic tournament tees off tomorrow at Aviara Golf Club in Carlsbad, Calif.; and a new era has begun with the arrival of the all-new Kia K900 luxury sedan. Along with defending tournament champion Beatriz Recari, the K900 will play a prominent role this week on the grounds of the Park Hyatt Aviara Resort as 144 of the world’s best golfers vie for the Kia Classic title and their share of the event’s $1.7 million purse. When play finishes on Sunday, March 30, the winner will take home a check for $255,555 and drive away in a brand new 2015 Kia K900 – the Official Vehicle of the LPGA.

Television ratings and fan attendance for the Kia Classic have grown each year thanks to a winning combination of world-class golf for the national audience and a family-friendly experience for guests on site.  Planned activities include a scavenger hunt, special autograph sessions and a junior clinic on Saturday, March 29, on the driving range with LPGA players. For the complete list of special events, please visit www.KiaClassic.com. The Kia Classic also offers the first opportunity for fans and spectators to experience the K900 luxury sedan outside of an auto show environment with multiple vehicle displays throughout Aviara Golf Club’s challenging course as well as a luxurious mobile showroom that offers a chance to sit behind-the-wheel of Kia’s new flagship.

“Every year the Kia Classic offers a very talented group of women the opportunity to compete at one of the best golf courses in the world, and we are excited to watch Beatriz Recari defend her title against some of the best in the game,” said Michael Sprague, executive vice president of sales and marketing, KMA. “With the all-new Kia K900 luxury sedan as part of the winner’s purse, the competition should be fierce, and I’m confident that this year’s Kia Classic will be our best tournament yet – for the players, for the fans with us at Aviara and for those at home catching the action on The Golf Channel.”

The Kia Classic is the latest installment in the multifaceted marketing campaign for the K900, which has been praised by the automotive press for its “elegant yet dynamic exterior styling” and “dizzying array of luxury features” following its debut at the 2013 Los Angeles Auto Show. Since then, a 30-second television spot aired during multiple NBA game broadcasts on Christmas Day and the campaign continued with Kia returning as a Super Bowl advertiser for the fifth consecutive year with a spot titled, “The Truth,” starring the K900 and Lawrence Fishburne reprising his iconic role of Morpheus from The Matrix trilogy.  The fully integrated campaign – incorporating TV, cinema, digital, print, experiential, social media and CRM components – will continue into the second quarter with the K900 arriving now in select showrooms.

Kia Motors America (KMA) is the marketing and distribution arm of Kia Motors Corporation based in Seoul, South Korea.  KMA proudly serves as the “Official Automotive Partner” of the NBA and LPGA and surpassed the 500,000 annual sales mark for the second consecutive year in 2013 following the launch of seven all-new or significantly redesigned vehicles.   KMA offers a complete line of vehicles, including the flagship K900 rear-drive sedan, Cadenza premium sedan, Sorento CUV, Soul urban passenger vehicle, Sportage compact CUV, Optima midsize sedan, Optima Hybrid, the Forte compact sedan, Forte5 and Forte Koup, Rio and Rio 5-door sub-compacts and the Sedona minivan, through a network of more than 765 dealers across the United States. Kia’s U.S. manufacturing plant in West Point, Georgia, builds the Optima* and Sorento* and is responsible for the creation of more than 14,000 plant and supplier jobs.

* The Sorento and Optima GDI (EX Trims and certain LX Trims only) and GDI Turbo are built in the United States from U.S. and globally sourced parts.

The LPGA is the world’s leading professional golf organization for women. Founded in 1950, the association celebrates a diverse and storied membership with more than 1,700 members representing 29 different countries.  With a Vision to inspire, empower, educate and entertain by showcasing the very best of women’s golf, LPGA Tour Professionals compete across the globe, while dedicated LPGA Teaching and Club Professionals (T&CP) directly impact the game through teaching, coaching and management.  The Symetra Tour – Road to the LPGA serves as the official developmental tour of the LPGA, consistently producing a pipeline of talent ready for the world stage.  The LPGA is headquartered in Daytona Beach, Florida. Follow the LPGA on its television home, Golf Channel, and on the web via: www.LPGA.com, www.facebook.com/lpga.official, www.twitter.com/lpga, and www.youtube.com/lpgavideo.