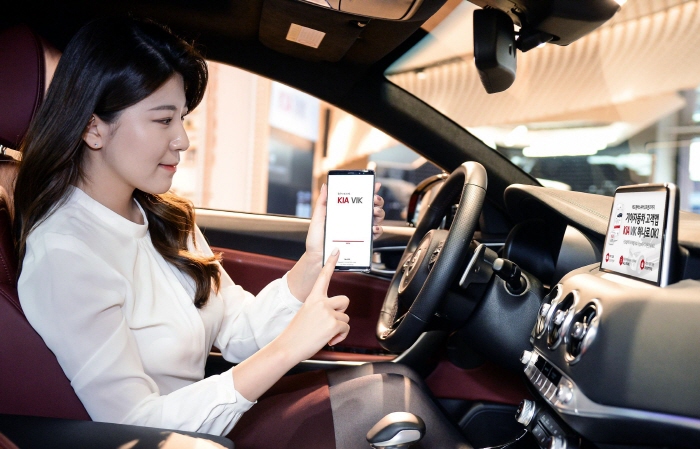 The KIA VIK mobile app allows Kia customers to check prices of Kia vehicles, test drive the vehicles they are considering buying, look up their vehicles’ repair and maintenance records and put their used cars up for auction, the company said in a statement.

The app, the first of its kind in the South Korean automobile industry, can be downloaded on Samsung and Apple smartphones by owners of Kia vehicles and potential customers, it said.

Moreover, Kia said it plans to introduce settlement services on the KIA VIK app by the end of this year.

In other efforts to boost sales of its vehicles, Kia plans to launch a Galaxy smartphone which carries the KIA VIK app from the outset early next year, the statement said.

On top of the “all-kill” app, Kia will expand business ties with Samsung Electronics Co. to introduce a series of customized phones for Kia customers, Kia Executive Vice President Kwon Hyug-ho said in a press briefing.

On Monday, Kia and Samsung Electronics signed an initial agreement to push forward the phone customized for owners of Kia vehicles, it said.