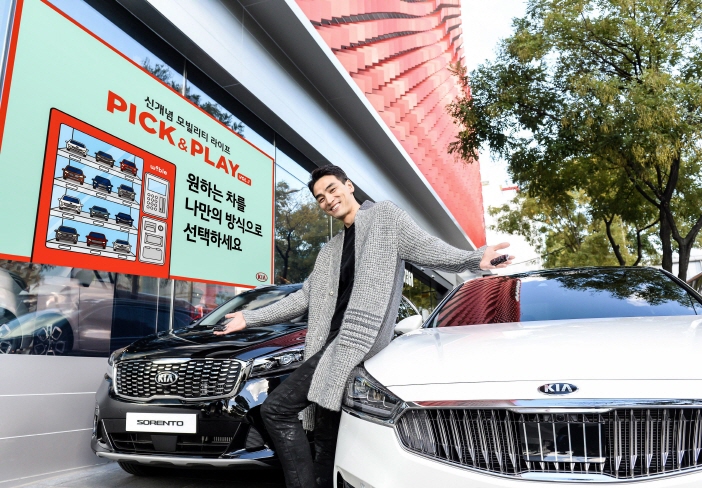 Under the terms of the program, from 19 to 24 months after the first release of the models, drivers can exchange their rental for the latest model, or switch from a K7 to Sorento or vice versa. (image: Kia Motors)

SEOUL, Oct. 31 (Korea Bizwire) — Kia Motors Corp. will be launching two new “mobility programs,” making it easier for those who currently rent or own Kia vehicles on a long-term basis to have their existing vehicles replaced for newer models.

Kia’s “switch” program caters to rentals of the car maker’s new K7 and Sorento models that are longer than 36 months.

Under the terms of the program, from 19 to 24 months after the first release of the models, drivers can exchange their rental for the latest model, or switch from a K7 to Sorento or vice versa.

The program is the result of consumer insights that found most long-term car drivers who rented new cars from the start preferred to drive new models upon their release.

In addition, the drivers were found to have a liking for driving both sedans and SUVs belonging to similar categories.

A Kia employee said that the “switch” would come at an extra cost of only 30,000 won per month, an effort to minimize the burden for car-renting individuals.

In addition, Kia Motors will be launching the “Pop” program that provides car sharing services that are 20 percent to 30 percent lower in price compared to other car sharing programs or car rentals.

Drivers that currently own Kia vehicles can rent five types of models (Carnival, Sorento, Sportage, K5 and K7) on a short-term basis at reasonable rates.

An official at Kia Motors said that the program was created when the manufacturer noticed that drivers, at times, needed vehicles aside from their own for use during travels or business trips.

The short-term rentals will be available starting next month via Kia’s membership website via https://red.kia.com.

The package will allow users to choose 24 hours or 48 hours for their rental of the five car models available.

Kia Motors will monitor the response of the programs after which carmaker will decide to expand the services to include other car models or categories.

In addition, the company plans to develop various programs that suit the needs of consumers.