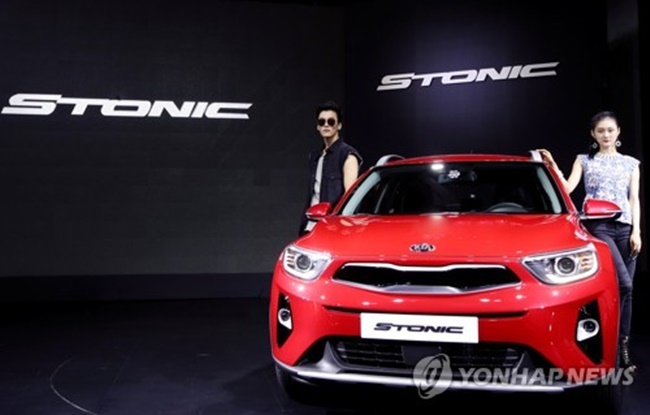 For the three months that ended on June 30, net profit declined to 389.6 billion won (US$350 million) from 825.8 billion won a year earlier, the company said in a statement.

“On top of political tension with China over the installation of a U.S. missile defense system in South Korea, which Beijing objects to, high U.S. incentive costs and the won’s strength against the dollar also weighed on the quarterly results,” the statement said.

Looking ahead, the country’s second-largest carmaker warned of a tough second half as sales in China and the U.S. are likely to remain weak throughout the year.

To offset declines in the two major markets, Kia will focus on Europe by launching its new subcompact SUV Stonic in September and the Stinger sports car in October, Kia Executive Vice President Han Chun-soo said in a post-earnings conference call.

Kia sold a total of 1.32 million cars in the first half, a decrease of 9.5 percent from 1.46 million units. In particular, its sales in China nosedived 55 percent to 285,590 units from January through June.

On Wednesday, Hyundai Motor Co. posted a 48 percent on-year slump in its second-quarter net profit at 914 billion won as lower sales in China cut into its bottom line.

Hyundai and Kia, which together form the world’s No. 5 carmaker, will put a top priority on improving profitability in the second half, corporate sources said.