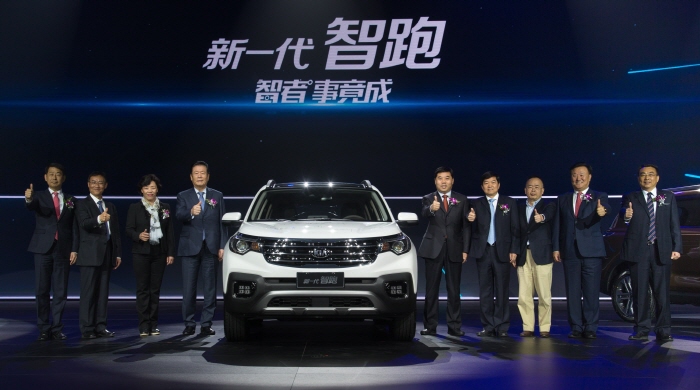 SEOUL, Mar. 20 (Korea Bizwire) — Kia Motors Corp., South Korea’s second-biggest carmaker by sales, said Wednesday that it is considering production of electric vehicles (EVs) at one of its three plants in China amid faltering sales there.

“The company is considering halting the production of existing models such as the Sportage sport utility vehicle and the localized KX7 SUV and manufacturing EVs at the 140,000 unit-a-year No. 1 plant in Yancheng,” a company spokesman said over the phone.

A final decision has yet to be made, he said.

Its vehicle sales in China began to decline in 2017, when Seoul and Beijing engaged in a diplomatic row over the deployment of an advanced U.S. anti-missile system called THAAD in South Korea.

Seoul stressed the deployment was necessary to deter missile threats from North Korea. Beijing explicitly opposes the THAAD system, arguing it could be used against it.

Kia’s possible plant readjustment in China comes after Hyundai Motor Co. said earlier this month it will halt operations at one of its five plants in the neighboring country within a couple of months due to low utilization rate.

Hyundai runs three plants in Beijing, one in Changzhou and another in Chongqing — whose combined capacity reaches 1.65 million vehicles.

Hyundai’s sales in China fell by more than 30 percent to 785,000 units in 2017 from a year earlier. The numbers didn’t improve much in 2018, when Hyundai sold 790,000 units despite the easing of bilateral tensions over THAAD.

Hyundai has set a “conservative” sales target of 4.68 million autos in global markets this year, slightly up from the 4.59 million it sold last year.