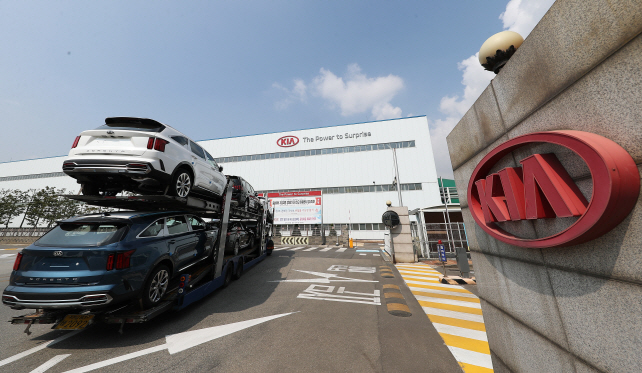 Kia’s 30,000-strong union tentatively accepted the company’s proposals, including 1 1/2 months of merit-based remuneration, 1.2 million won (US$1,080) in special COVID-19 allowance and 1.5 million won in gift certificates per person, instead of freezing wages for the year, the company said in a statement.

The company also agreed to restore the 25-minute extra work system following an eight-hour shift per worker, it said.

The tentative deal will be put up for a vote next Tuesday, the union said.

It is the first time for Kia workers to tentatively agree on a wage freeze in 11 years since 2009 when the financial crisis weighed on vehicle sales.

The tentative deal comes after Kia workers held partial strikes at the carmaker’s domestic plants for 14 working days in the past four weeks, resulting in production losses of 47,000 vehicles.

Some of the union’s demands mentioned below failed to make it to the potential agreement.

The union demanded the company raise the monthly basic pay by 120,000 won per person, offer 30 percent of its annual operating profit in performance-based pay and extend the retirement age from 60 to 65.

It also asked the company to build a module components plant for electric and hydrogen vehicles inside Kia’s existing plants, not in plants of parts affiliate Hyundai Mobis Co. due to possible job cuts.

From January to November, the maker of the K5 sedan and the Sorento SUV sold 2.39 million vehicles, down 6.1 percent from 2.55 million units a year earlier due to weak demand amid the pandemic. 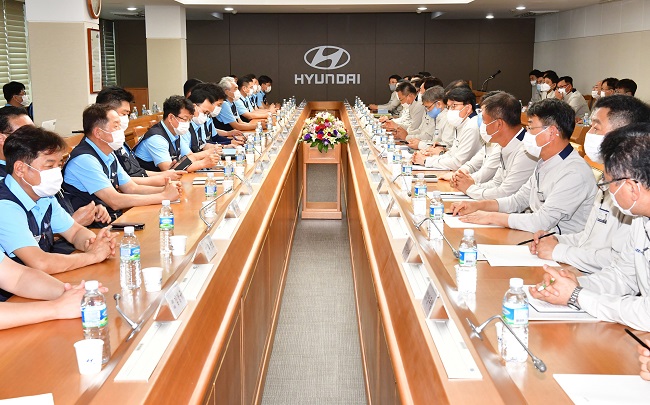 This undated photo provided by Hyundai Motor shows the company’s officials and union representatives during wage negotiations for the year at the carmaker’s plant in Ulsan, 415 kilometers southeast of Seoul.

Meanwhile, its bigger affiliate Hyundai Motor Co. in September sealed the wage deal with its union for the year, reaching a wage agreement without a strike for the second consecutive year.