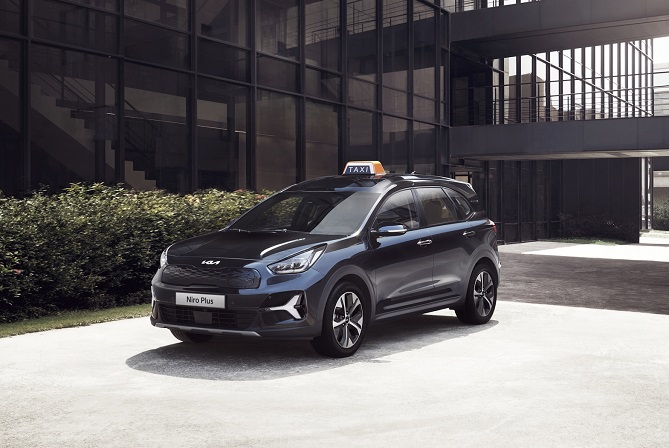 This file photo provided by Kia Corp. shows the Niro Plus PBV.

In the 2022 CEO Investor Day last month, Kia said it will launch PBVs based on the Niro hybrid model and the 1-liter Ray mini car this year.

The Niro Plus PBV will be used for electric taxi services in the domestic market and for car hailing services in overseas markets, the company said.

The company said it will receive pre-orders for the Niro Plus PBVs next month.

Kia plans to build a PBV plant in its Hwaseong plant, one of its eight domestic plants, by the end of 2024 and aims to start operations in 2025, according to media reports.

A building in the Hwaseong plant will be converted into a PBV plant. The timeframe for the plant’s construction and production in Hwaseong has yet to be decided, the company said.

Kia has eight local plants and seven overseas ones — three in China and one each in the United States, Slovakia, Mexico and India. Their overall capacity is 3.84 million units.