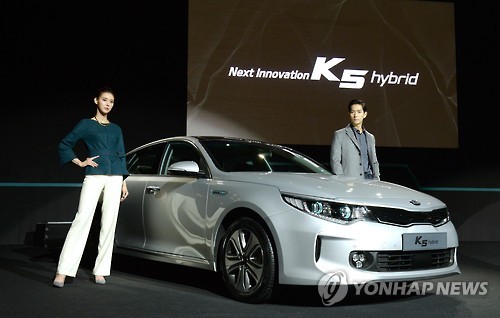 According to the data, Kia Motors, the second-largest car maker in the country, sold 6,929 units of the all-new K5 last month, the largest since its domestic debut in mid-July.

The latest K5 version is the second generation of the midsize sedan that was launched in 2010, and the all-new K5 comes in two models – K5 MX and K5 SX — along with five power trains, including the 1.6 turbo and 1.7 diesel engines.

The automaker said earlier it expects to sell 46,000 units this year on its home turf.

Kia Motors also unveiled its hybrid model, with its plug-in hybrid electric model to be launched next year.

The new K5 offers diverse safety features, such as seven air bags and an expanded ratio of advanced high strength steel, to 51 percent from 21 percent in the previous model.