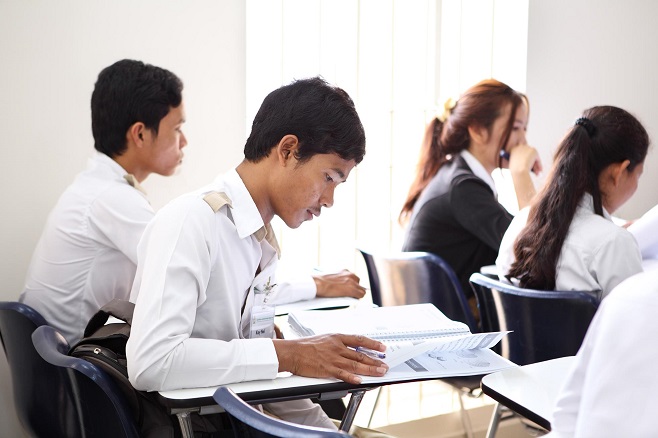 About 19,000 Koreans live in Phnom Penh where about 1,500 people apply for the test of proficiency in Korean every year. (image: King Sejong Institute Foundation)

The King Sejong Institute Foundation (KSIF) announced on Tuesday that the preliminary program will be run through cooperation between Korean universities and local universities in the foreign countries concerned.

The programs are scheduled to kick off this month.

About 19,000 Koreans live in Phnom Penh where about 1,500 people apply for the test of proficiency in Korean every year.

Considering that a group of volunteers run a Korean language program on a non-credit basis at the Royal University of Agriculture, there is an urgent need for professional Korean teachers.

In Azerbaijan, the Khirdalan and Sumgait regions have a population of 460,000 but no education center for the Korean language.

“We will continue to expand preliminary programs with a focus on the regions with relatively poor infrastructure.”