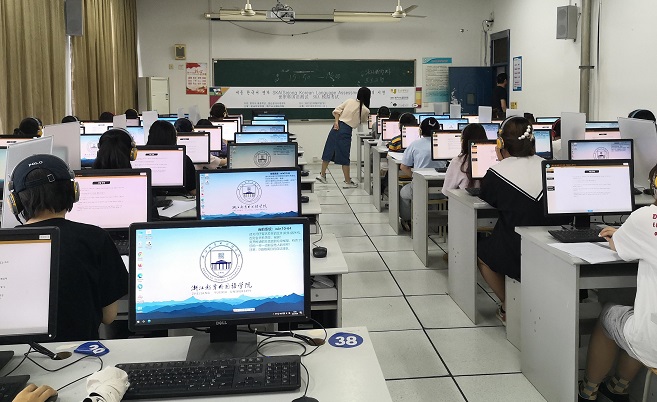 This photo, provided by the state-run King Sejong Institute Foundation, shows students taking a pilot version of the Sejong Korean Language Assessment test, which will be launched in 2022, at an education center in Hangzhou, China.

Korean learners of different levels, ranging from beginner to intermediate, will be able to test their language skills in different situations from daily life to business communication.

The test has been created based on the International Standard Curriculum for the Korean Language, developed by the Ministry of Culture, Sports and Tourism.

The foundation plans to run a two-week trial of the test at education centers here and abroad before its official launch next year. Around 2,500 students in Korea and countries like Algeria, China, Mongolia and Uzbekistan are set to sit for the mock exam.