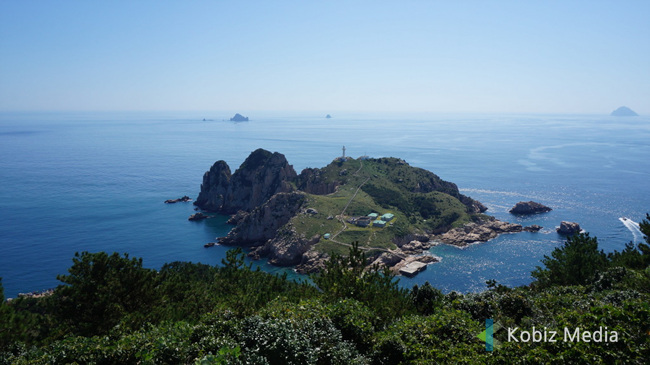 What should be the best camera in the world? It’s none other than human’s eyes, indeed. No matter how sophisticated a camera should be, it cannot capture “real beauty” of the nature; Using human eyes, you’re likely to take a picture of any mesmerizing scene, surrounded by all kinds of “challenging” moments; sometimes weathering windy gust or tolerating scorching heat.

This photo was taken in Somaemuldo, one of the most scenic islands in S. Korea, which can be reached by a  40-minute ferry ride from Geoje-do, southeastern part of Korean peninsula. Attracted by its beautiful sceneries, a crowd of backpacking tourists, coupled with photographers are, visiting this beautiful island. No wonder this place can be found among many TV commercial spots in South Korea. 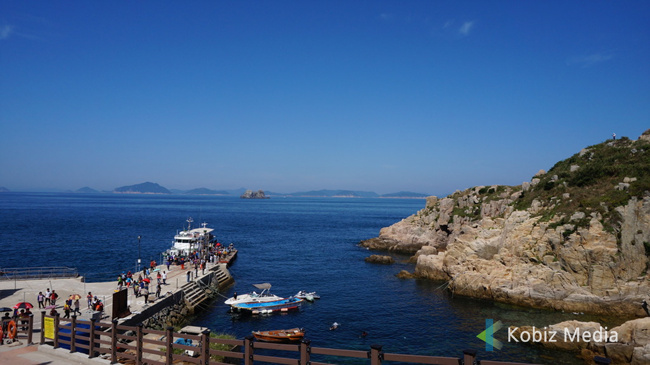 Actually, Somaemuldo Island belongs to Maemuldo Island, which is made up of Somaemuldo, Daemaemuldo and Deungdaeseom (Lighthouse Island). And at low tide, one can walk from one island to the other. Somaemuldo Island is, sometimes compared to Haegeum River, another famous tourism site in Geoje-do; Somaemuldo exudes a masculine feeling while Haegeum River giving off a vibe of feminine touch, according to the local people.