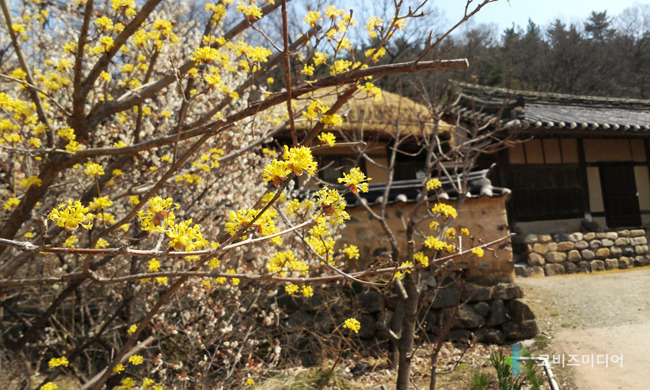 Time really flies. Signs of a spring season could be found everywhere. This is a picture taken at a Yangdong Folk Villange, which was named a UNESCO World Heritage Site.

Yangdong Folk Village (Yangdong Village of Gyeongju) is a traditional village from the Joseon Dynasty. The village is located in Gangdong-myeon, sixteen kilometers northeast of Gyeongju, Gyeongsangbuk-do, South Korea, along the Hyeongsan River. Mt. Seolchang stands to the north of the village. The village is designated as Important Folklore Materials No. 189 by the South Korean government. (Wikipedia)