Cheongdo, S. Korea, July 06 (Korea Biz Wire) At 7 pm on July 13, the first dog day of summer, a music concert “for dogs and cows 2013″ will be held at the Cheongdo Open Air Stage in North Gyeongsang Province. Intended for pets and their human owners, the concert is a fifth-year event since 2009.

Comedian Jeon Yu-seong has executive-produced the concert, with a 70 full-member orchestra and popular celebrities making guest appearances. The organizers hope that the event could raise awareness on animal rights and the sanctity of life.

In addition to the concert, a pet camping site will be run for three days on the premises of the concert venue so that pet owners can enjoy their vacation in natural settings.

For five years in a row, Mr. Jeon has paid the event expenses out of his own pocket. This time around, however, he tapped the means of crowd-sourced fundraising through a social enterprise called Good Funding to pay for part of the expense. 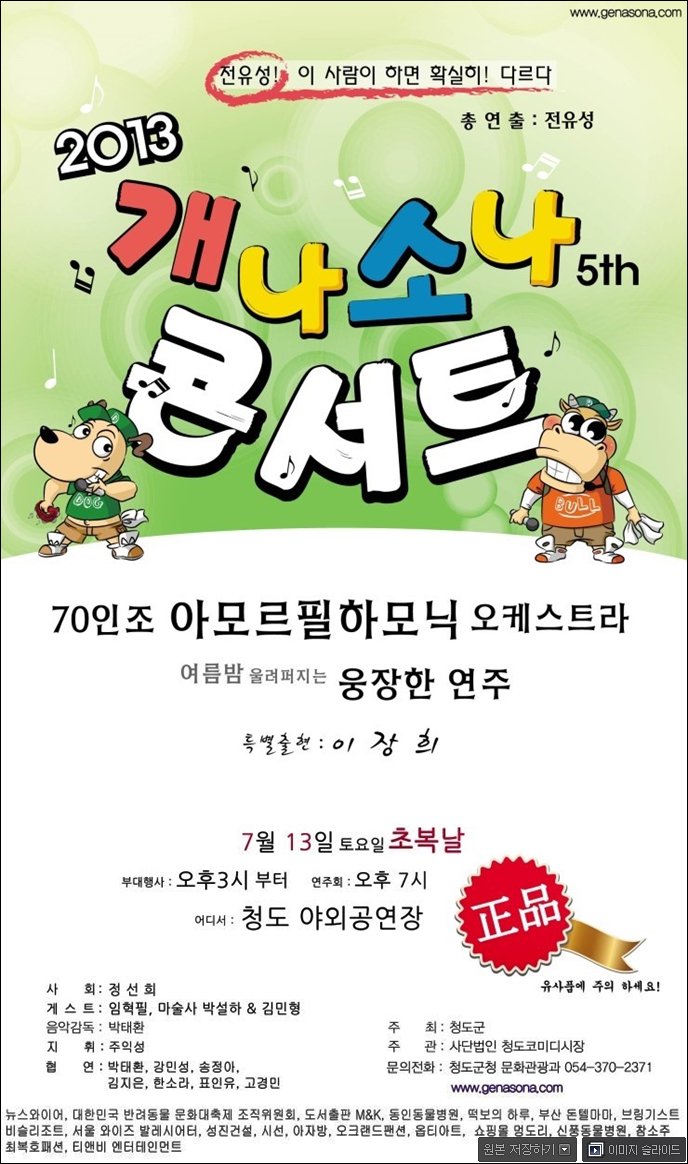