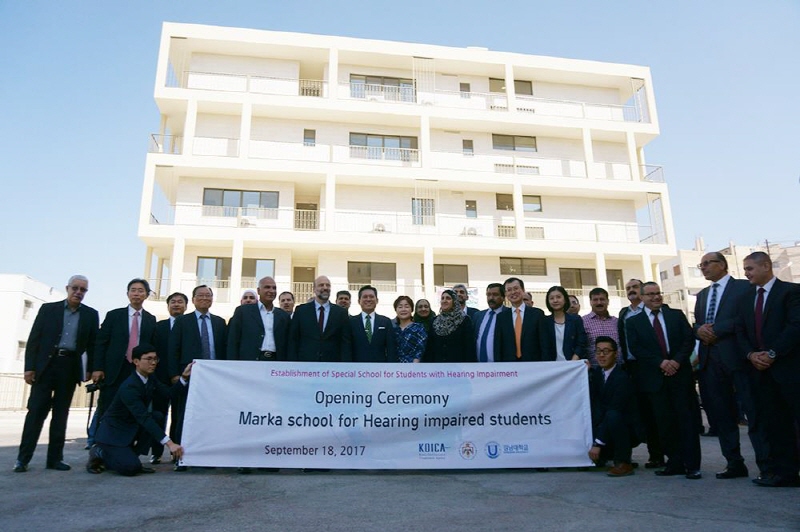 Construction started in Marka, near the Jordanian capital Amman in 2014 in an ODA project worth US$ 5.2 million.

Built on a 3,920 square-meter area of land, the school can accommodate 430 people and is equipped to carry out nearly 150 tests, as well as having education tools and materials for hearing-impaired people, according to KOICA.

Along with the construction, KOICA also helped train Jordanian teachers for students with hearing issues, transferring to them South Korea’s experience and knowledge in the special education sector, the agency also said.

In a ceremony marking the opening in Jordan on Monday, Choi Sung-ho, KOICA’s acting president, said, “The construction of the special school is expected to provide quality education for hearing-impaired students in Jordan and help strengthen the capabilities of special education teachers here.” Choi added that it is expected that the project will further intensify the South Korea-Jordan friendship.

Jordan’s Education Minister Omar Razzaz and Zaid Obeidat, acting minister for international cooperation, attended the ceremony from the Jordanian side, the agency said.