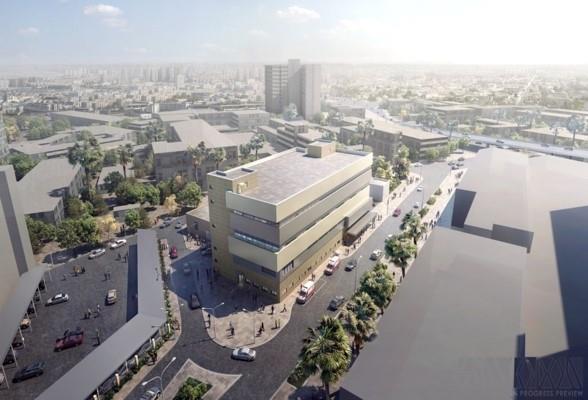 This photo provided by the state-run Korea International Cooperation Agency (KOICA) shows a bird’s-eye view of the intensive care hospital in Iraq set to be completed in 2023.

The Korea International Cooperation Agency (KOICA) said that under a support project worth US$39.5 million, it plans to build the four-story Iraq-Korea Critical Care Specialty Hospital on a 7,000-square-meter site in Baghdad.

On Wednesday, the agency held a groundbreaking ceremony for the hospital, which will be equipped with eight operating rooms, 100 sickbeds and three examination rooms — all of which are designed to provide critical care services in Iraq for the first time.

“This shows exactly how we will be able to preemptively prepare for an increase in treatment demand for critically ill patients in the post-COVID era,” he added.

The aid project was first launched in 2016 to help Iraq reduce the fatality rate of critically ill patients in the country, which has long been suffering from terrorist attacks and drawn-out armed conflicts.